Washington (CNN)The Trump administration is formulating a long-term plan to punish China on multiple fronts for the coronavirus pandemic, injecting a rancorous new element into a critical relationship already on a steep downward slide.

The effort matches but goes far beyond an election campaign strategy of blaming Beijing to distract from President Donald Trump’s errors in predicting and handling the crisis, which has now killed more than 60,000 Americans.
Multiple sources inside the administration say that there is an appetite to use various tools, including sanctions, canceling US debt obligations and drawing up new trade policies, to make clear to China, and to everyone else, where they feel the responsibility lies.
“We have to get the economy going again, we have to be careful about how we do this,” said one administration official, speaking on condition of anonymity.
“But we will find ways to show the Chinese that their actions are completely reprehensible.” 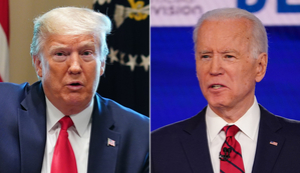 Trump and Biden launch battle over China that could define 2020 election
The intelligence community is meanwhile coming under enormous pressure from the administration, with senior officials pushing to find out whether the virus escaped into the public from a laboratory in Wuhan, China, two sources familiar with the frustrations said.
In an unprecedented move, the intelligence community issued a statement saying it was surging resources on the matter as it would in any crisis.
“The IC will continue to rigorously examine emerging information and intelligence to determine whether the outbreak began through contact with infected animals or if it was the result of an accident at a laboratory in Wuhan,” the statement said.
Trump referenced the contentious relationship between the two nations on Thursday, when he told reporters at the White House that China does not want to see him get reelected because the US is “getting billions” from the country thanks to their trade deal.
When asked if China’s withholding information about the coronavirus was related to undermining his reelection, Trump said that “China would like to see sleepy Joe Biden — they would take this country for a ride like you’ve never seen before.”
CNN reported earlier this month that the government was looking into the theory that the virus originated in the lab but hadn’t yet able to corroborate it. Earlier this month Gen. Mark Milley, the chairman of the Joint Chiefs of Staff, said the weight of evidence suggests the virus was of natural origin.
The New York Times reported Thursday that officials were pressuring intelligence analysts to find information supporting the idea.
“I think we will figure it out,” an administration official said, when asked if it was possible the origin of the virus would never be established.
The US-China clash is brewing amid growing suspicion inside the administration over China’s rising strategic challenge and fury that the virus destroyed an economy seen as Trump’s passport to a second term.
“I am very confident that the Chinese Communist Party will pay a price for what they did here, certainly from the United States,” Secretary of State Mike Pompeo said last week.
The building confrontation comes as both sides seek to exploit an already fragmented geopolitical environment already shaken by their rivalry that has been thoroughly fragmented by the pandemic. 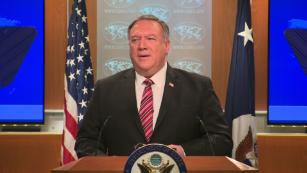 In the long term, it threatens to cause uneasy choices for US Asian allies who are also keen not to antagonize the giant in their backyard. And the growing tension could have significant repercussions for the global economy as the US seeks to wean itself off supply chains dominated by China.
There are serious questions to be addressed about China’s transparency in the early days of the outbreak in Wuhan and whether its autocratic system fostered an attempt to cover it up. The United States is not the only nation that wants answers amid a pandemic that has devastated the global economy and cost hundreds of thousands of lives.
In response to building pressure, China has launched a propaganda effort to distract from its own culpability, including blaming US soldiers for importing the pathogen in remarks that infuriated Trump.
Source: CNN