In an effort to protect pupils against the coronavirus disease 2019 (Covid-19), Zoomlion Ghana Limited on Monday begun disinfecting both public and private basic schools in the Bono, Bono East, and Ahafo Regions.

The exercise, which will last for about a week, will cover 1,729 basic schools in the three regions. 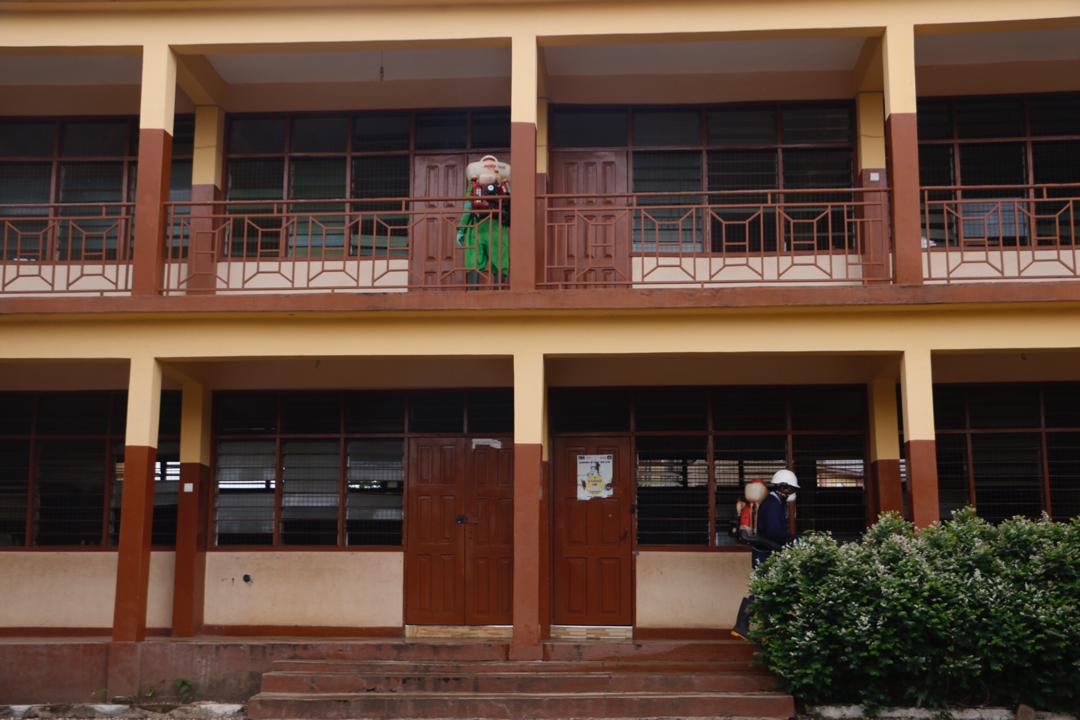 Speaking to journalists, the Regional Director of Education, Bono, Bono East, and Ahafo Regions, Dr Peter Attefuah, indicated that his outfit was encouraging parents to allay the fears of their children that when they return to school they will contract COVID-19. 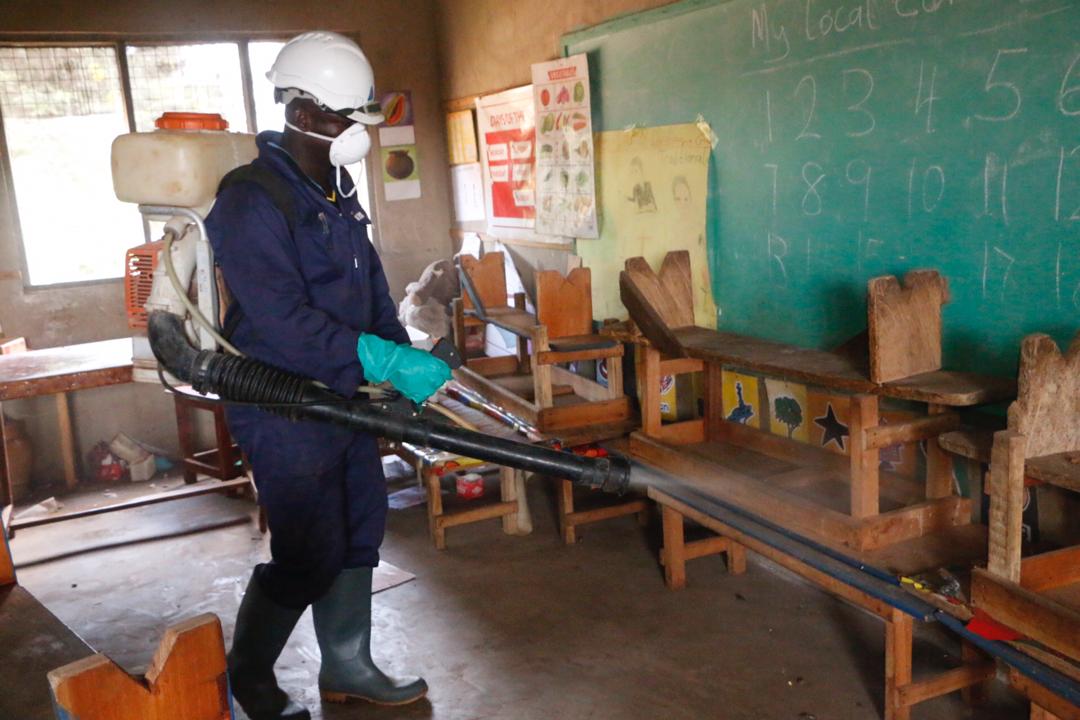 He assured that measures were in place to protect the students and pupils against the attack of COVID-19.

By observing social/physical distancing, he said each SHS class would accommodate a maximum of twenty-five (25) students. 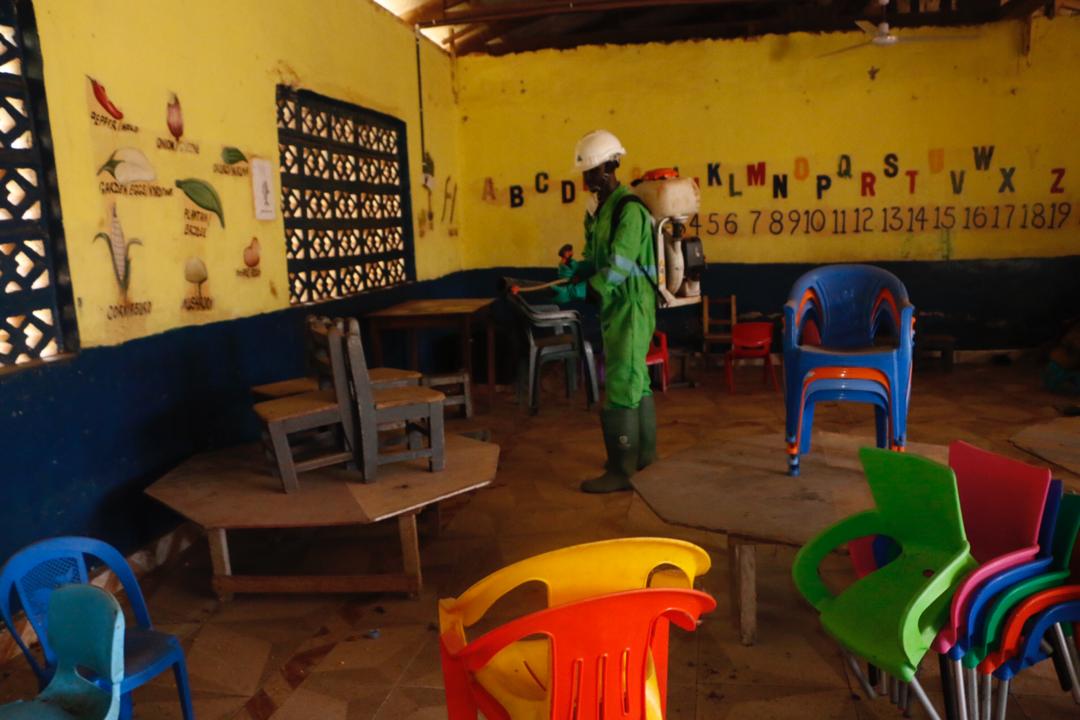 In this regard, Dr Attefuah advised parents to provide their children with all that they would need on campus, insisting that “visitors would not be allowed for the period that they will be on campus till they finish writing their exit final paper.” 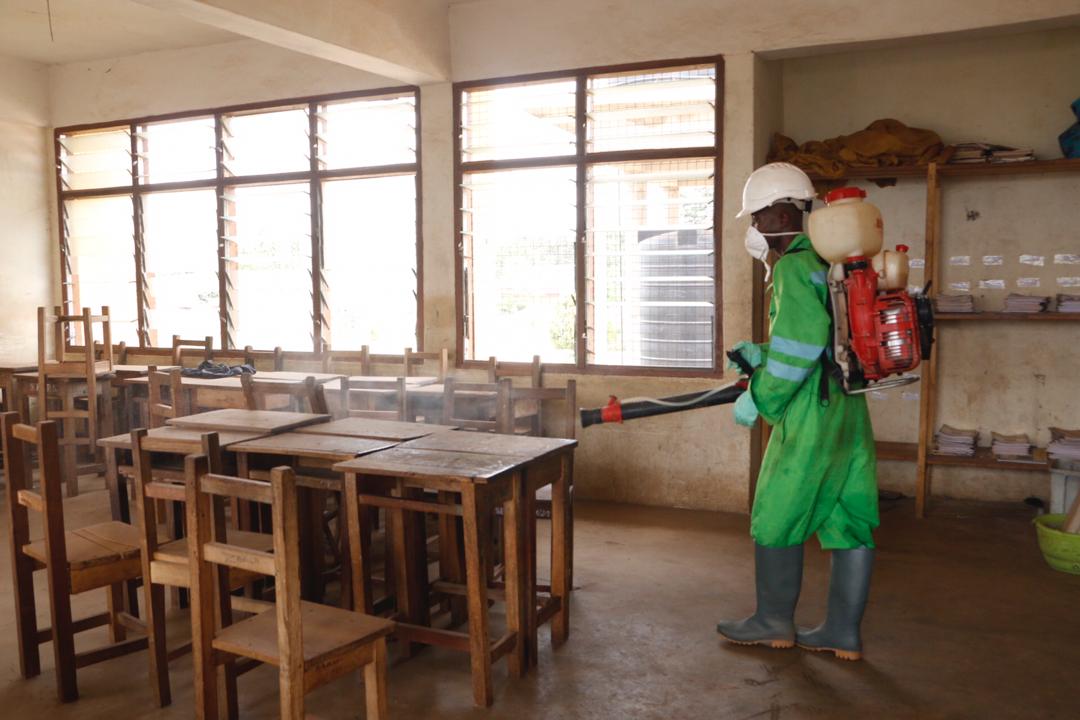 He also charged parents to buy nose masks in addition to the three (3) the government would be giving to every student. 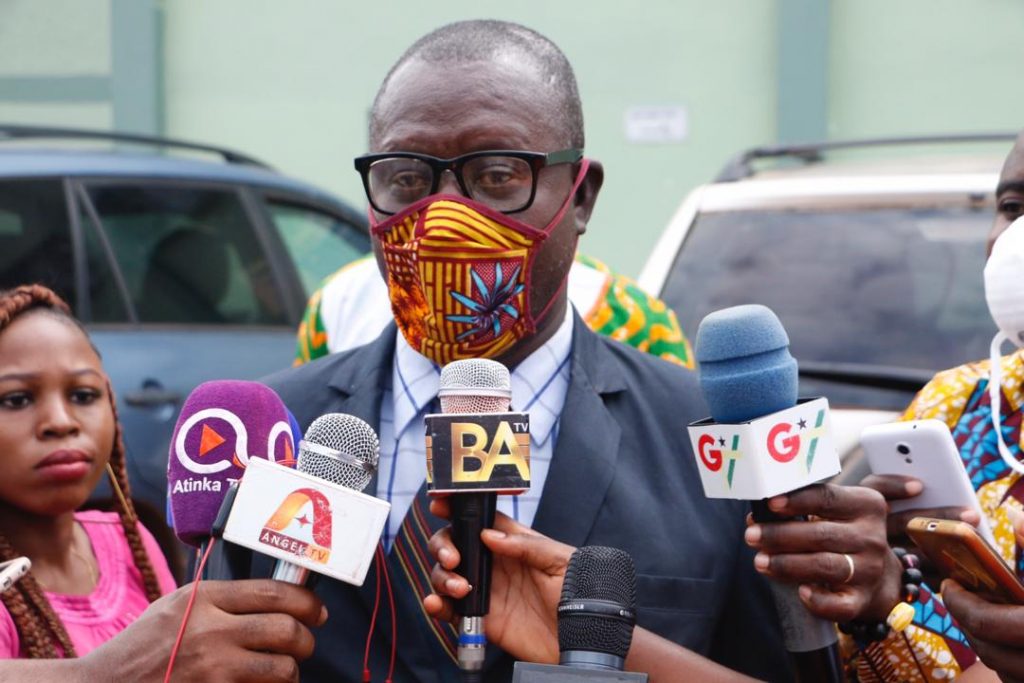 He, therefore, implored the students to comply with all the Covid-19 safety protocols.

At Nkwabeng, a suburb of Sunyani in the Bono Region, which was the first port of call, a crew of six Zoomlion field officers with Knapsack Sprayers disinfected the Boanhen Korko A/B Presby Model, a cluster of Presbyterian schools.

And here classrooms from kindergartens (KGs), lower primary and the JHSs were all disinfected. 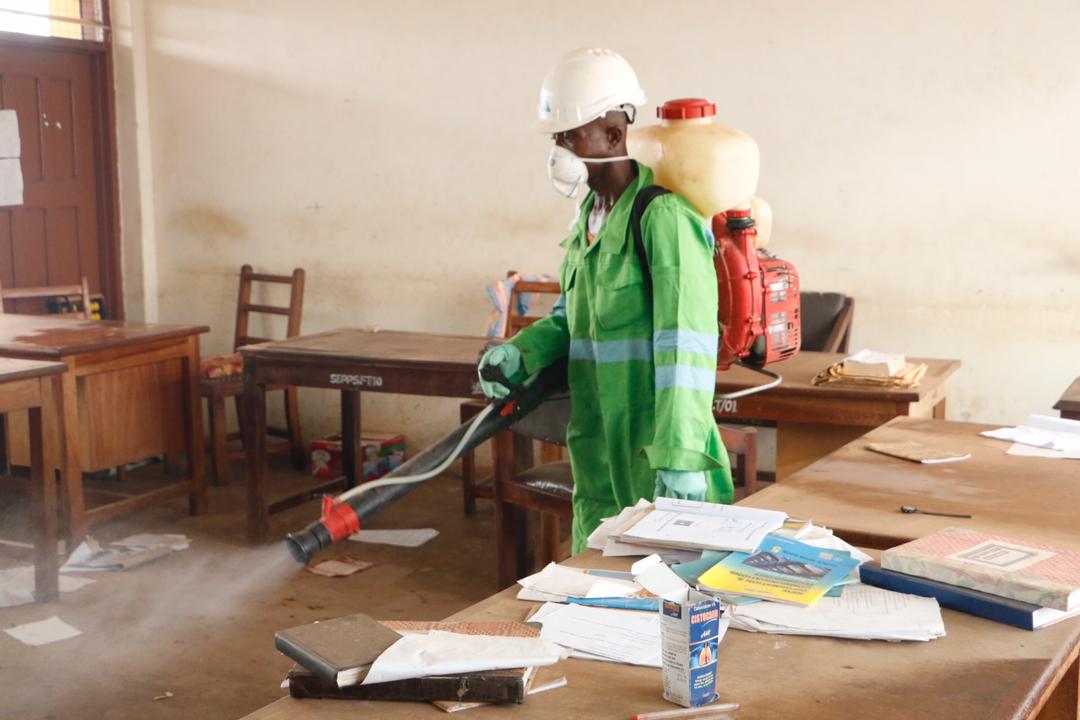 For his part, the Regional Manager of Presbyterian Schools for the 3 regions – Mr Eugene Laryea – announced that the schools had already put measures in place to protect their pupils. noting that they had all bought “Veronica buckets, soaps and also alcohol-based hand sanitisers which would be made available to the pupils when they resume.”

According to him, the schools also have task-forces in place whose responsibility would be to enforce the Covid-19 protocols amongst the pupils.

He, therefore, urged parents to ensure that they prepare food for their children to bring along when they were coming to school.

He expressed delight at the work being done by Zoomlion, and charged them to do a good job.

“I am happy with the exercise by Zoomlion, and I urge them further to do a very good job which I know they will,” Mr Laryea expressed. 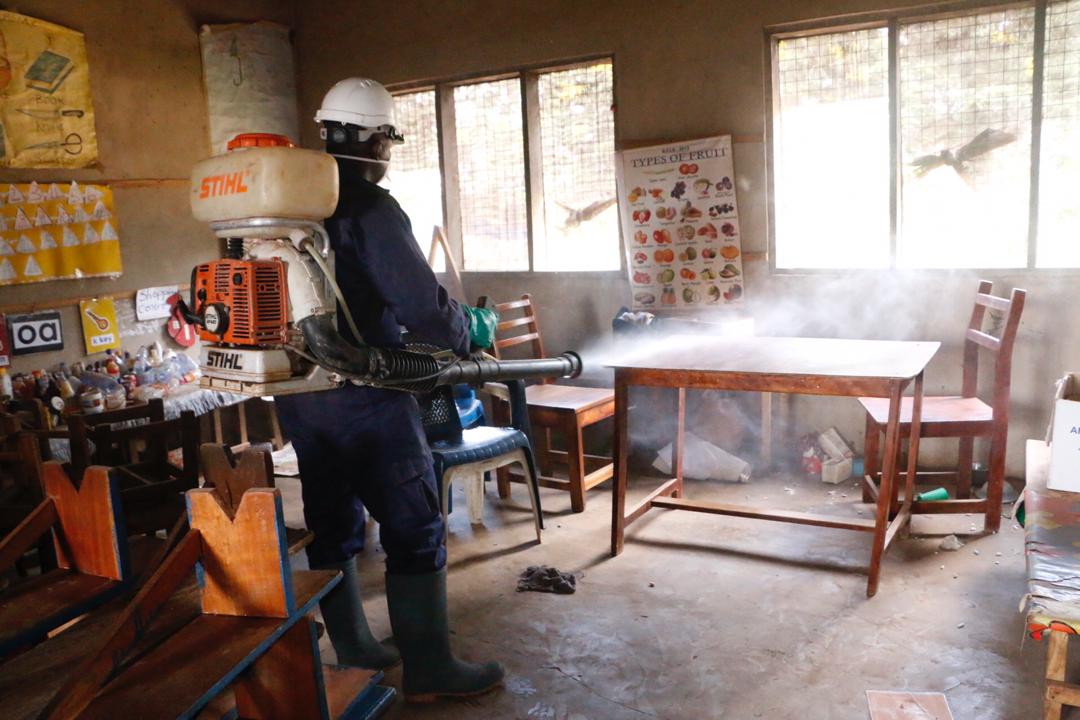 The exercise, he said, would repose confidence in the pupils which will spur them to learn and write their exit examinations. 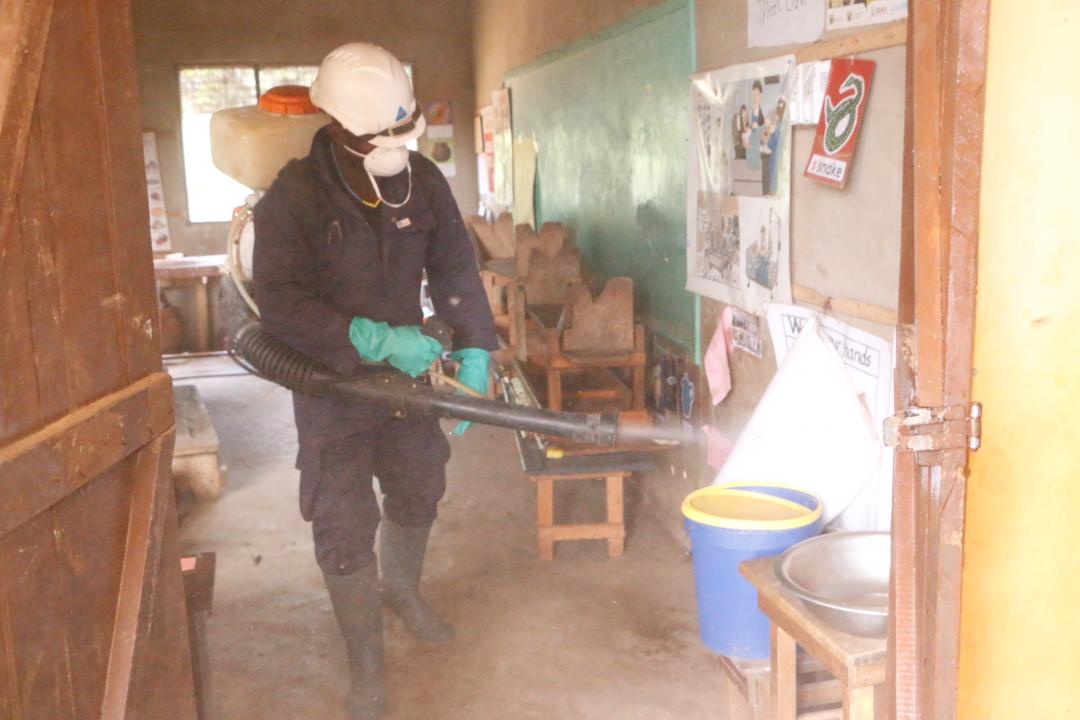 “From tomorrow, we will start disinfecting about 65 senior high schools in the three regions,” he disclosed.

He said already his outfit had disinfected thirty (30) tertiary institutions in the three regions.