Trust me; when I promise, I always deliver – Nana-Addo to Ghanaians

The President, Nana Addo Dankwa Akufo-Addo has responded to claims by the flagbearer of the opposition National Democratic Congress (NDC), John Dramani Mahama that he is only good at giving promises but poor at delivering them.

President Akufo-Addo in a tweet on Wednesday, August 19, 2020, reject such propaganda against his government and reward him with victory in December 2020.

“I am someone who promises and delivers, and that is something I want Ghanaians to know, so they can trust me.”

Mr. Mahama who was addressing some supporters of the NDC in the Volta Region on Monday, August 17, 2020, said the promises made by President Akufo-Addo before the 2016 elections were “sweet things” that have not been fulfilled.

“Our major opponents (NPP) are good at promises but poor at delivering.”

“For them, their policy is that; say anything that the people will believe and vote for you,” he said.

Mr. Mahama further added that the governing New Patriotic Party is only interested in political power and not making Ghana better.

“Political power is the most important thing to them. And when you get the power, whether you fulfill the promises or not; it doesn’t matter.”

Mr. Mahama thus called for a comparison of achievements between the previous NDC government and the current NPP government.

“Let’s compare track records; how many communities have been electrified in the last four years?” he quizzed, adding that: “We took electrification in this country to 86 percent, one of the best in Africa.” 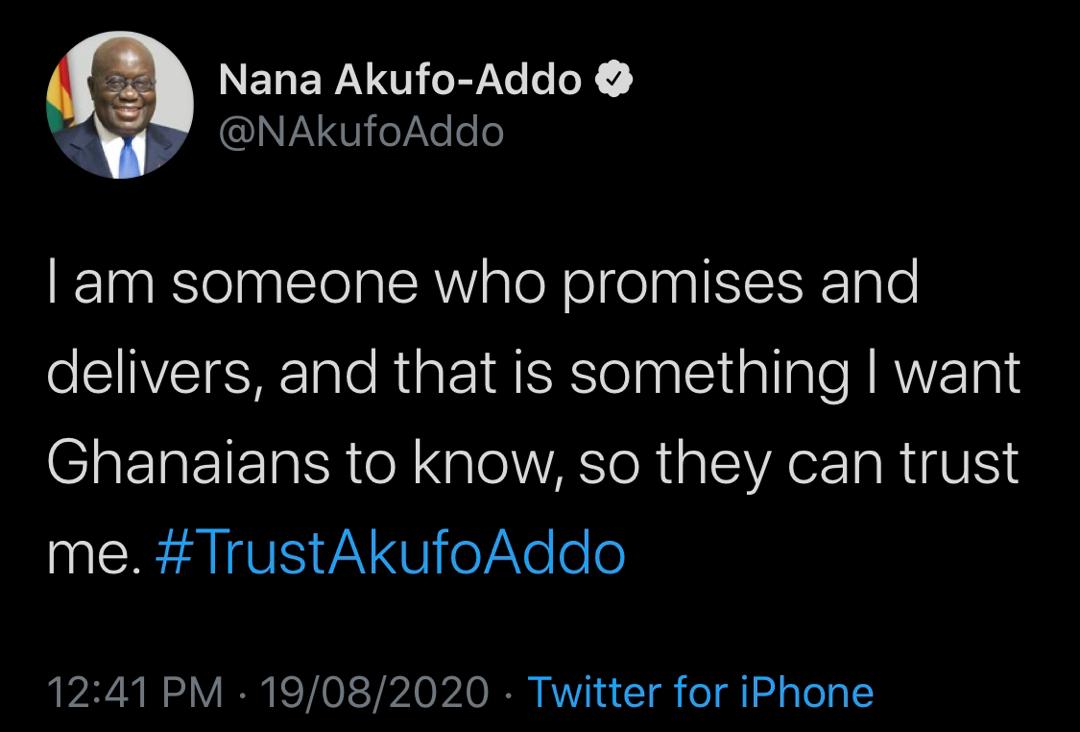 Hudson-Odoi wants to stay and fight for position at Chelsea

Rumour Has It: Pressure on United as Pogba enters PSG talks

Premier League pre-season fixtures: Your ultimate guide for all 20 clubs