Reports have emerged that crocodiles are straying into homes from flood waters that have engulfed several communities in Tempane, a constituency in the Upper East Region.

The predators used to be far away in their natural surroundings. But the floods, running unabated for the past three weeks through the communities from the Tamne Dam in the next-door Garu Constituency, are pushing them closer to homes where some domestic animals are said to have already been devoured by the displaced reptiles prowling overland.

Whilst residents are caught in fear’s grip for their lives because of the wandering crocs, scores of children also have not been to school for weeks because the flooding has turned the roads leading to where they learn into rivers.

A vast piece of land, which is normally dry and where farmers have grown a variety of food crops enough to feed many mouths for a year, is buried under waters that have covered even economic trees almost to their tops. And as the water level rises with recurrent downpours, the floods also expand, swallowing up more land and vegetation.

Some farmers, who now know that their farmlands have no chance as the swelling flood waters advance in their directions, have stopped feeding their ill-fated crops with fertiliser bought with hard-earned money and have abandoned them altogether to the approaching waters. 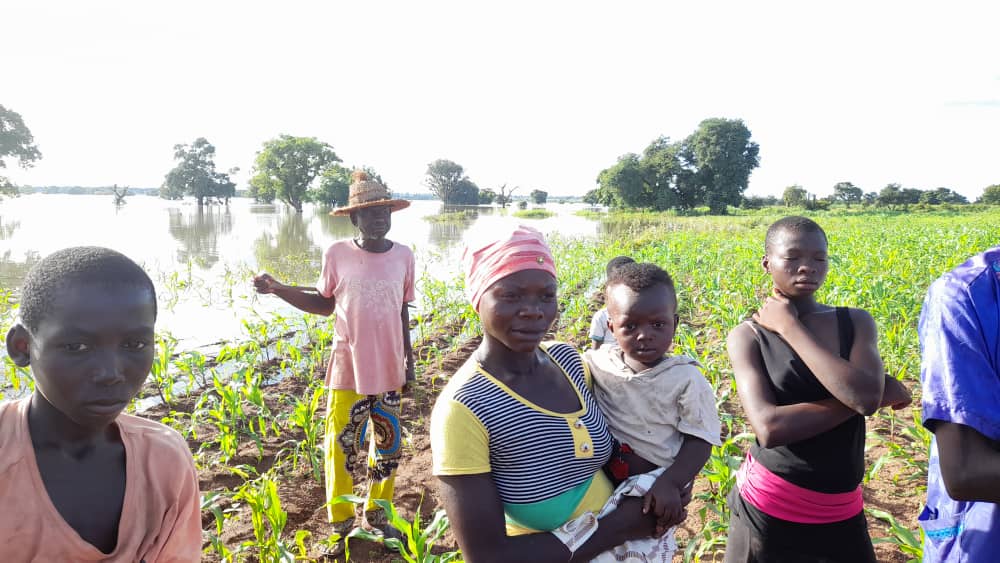 “We don’t wait for the crocodiles to begin to eat people before we come to look at it. Because of the rising level of the water, [the flooding] is affecting the wildlife that is in the dam site. Most of the houses have been infested with crocodiles, snakes and all manner of reptiles that are in the water. We have an instance where a crocodile entered somebody’s house and ate animals. Here, they are peasant farmers. So, if their crops have been affected, what do they have?

“We want to plead with the government, NADMO (the National Disaster Management Organisation), civil society organisations and non-governmental organisations to come to their aid. Most of the farmers, their crops have been submerged in the water. If we don’t solve the issue now, there would be hunger in this part of the constituency,” the Member of Parliament (MP) for Tempane, Lydia Lamisi Akanvariba, remarked when she toured the affected communities on Wednesday.

Tempane is not alone in grief. Same stories are being told about flooded communities in two surrounding constituencies― Garu and Pusiga.

But the predictions heard from informed natives on Wednesday at Tempane did not sound good. With heavier downpours highly expected now and in September, the natives say they can only anticipate more mess. What is ahead might invoke memories of a 2016 flooding disaster that saw a record number of red-earth residential structures particularly in the rural areas of the region dissolve in flood waters completely from the foundation level like cubes of sugar dropped in a steaming cup of tea. 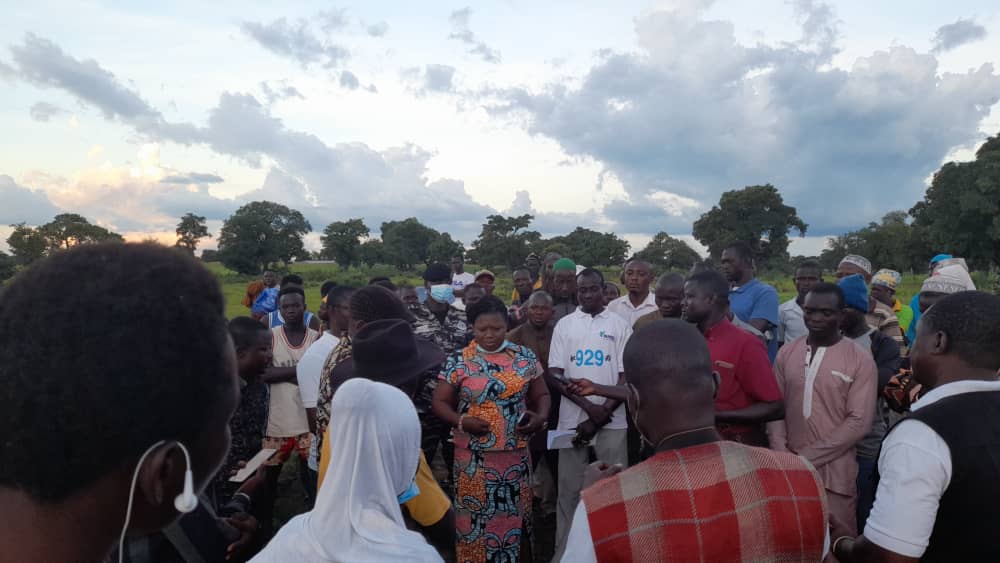 The affected houses in need of intervention today, according to the MP, were not considered to be at risk of being flooded before the construction of the Tamne Dam began in 2016 to irrigate 3,250 acres of land. The handlers of the irrigation dam project reportedly resettled only some houses they thought would be affected in future flooding events. In other words, the situation the affected households now find themselves would have been prevented had “the government and the engineers” not left them behind.

“We are appealing to the government and the engineers of this project to look at it again. They have resettled other people. But there are some people that still need resettlement. We are crying now because this is the rainy season and the peak of it has not started yet. From now until September ends, it’s going to be serious― very, very serious. The water level is going to rise more than this. We are pleading with the government to resettle those houses that have not been resettled,” stressed the lawmaker, surrounded by a crowd of affected constituents.

An elderly woman, Fauzia Issaka, told newsmen about her goats and sheep being attacked and consumed by crocodiles. She expressed fears the reptiles would do same to any child they stumbled across. Some children, interacting with Starr News, voiced their worries alike, urging the government to initiate a resettlement action, get them back in school in time and provide them with food “because the floods have buried our parents’ farmlands as you can see”.

“We are happy with the dam but there are so many things also affecting us. The water has taken over the [roads].  We can’t cross again. Initially, motorking (a motorised tricycle) used to charge us Gh¢2 from Gagbiri to Garu through that short path. And now that the water has taken over that road, we have to go and pass through Tempane to Garu, which now costs us Gh¢8. We spend more time indoors with our children because of the crocodiles outdoors.

“It has been very difficult for our children’s education now. Our children have not been going to school. Animals like snakes are biting us and we don’t have a health centre here. Our farmlands where we have farmed onions, rice, maize and millet have been submerged. Look at our deprived area. They relocated only eleven houses and a church. Government needs to relocate more houses,” the Assemblyman for Gagbiri-Natinga, Akuka Halidu Iddrisu, told journalists.