Stonebwoy was nominated for the 2018 Grammy Awards organised in the United States of America (USA).

The nomination from the Grammys came on the back of Stonebwoy’s work with Morgan Heritage.

For an African artiste, getting a Grammy nomination is a big deal because it shows that his work has received international attention.

In a post sighted by Zionfelix.net, Stonebwoy out of excitement took to social media to flaunt the citation.

The post has received over 4,000 reactions and has seen Ghanaians sharing in his joy.

Sashitey Unix was surprised he said he would frame it: “Let’s frame it paaaa. Eeei 1GAD so u dey”

Rayms Limes Twin congratulated him: “Congratulations bro we appreciate your efforts May God bless you more.” 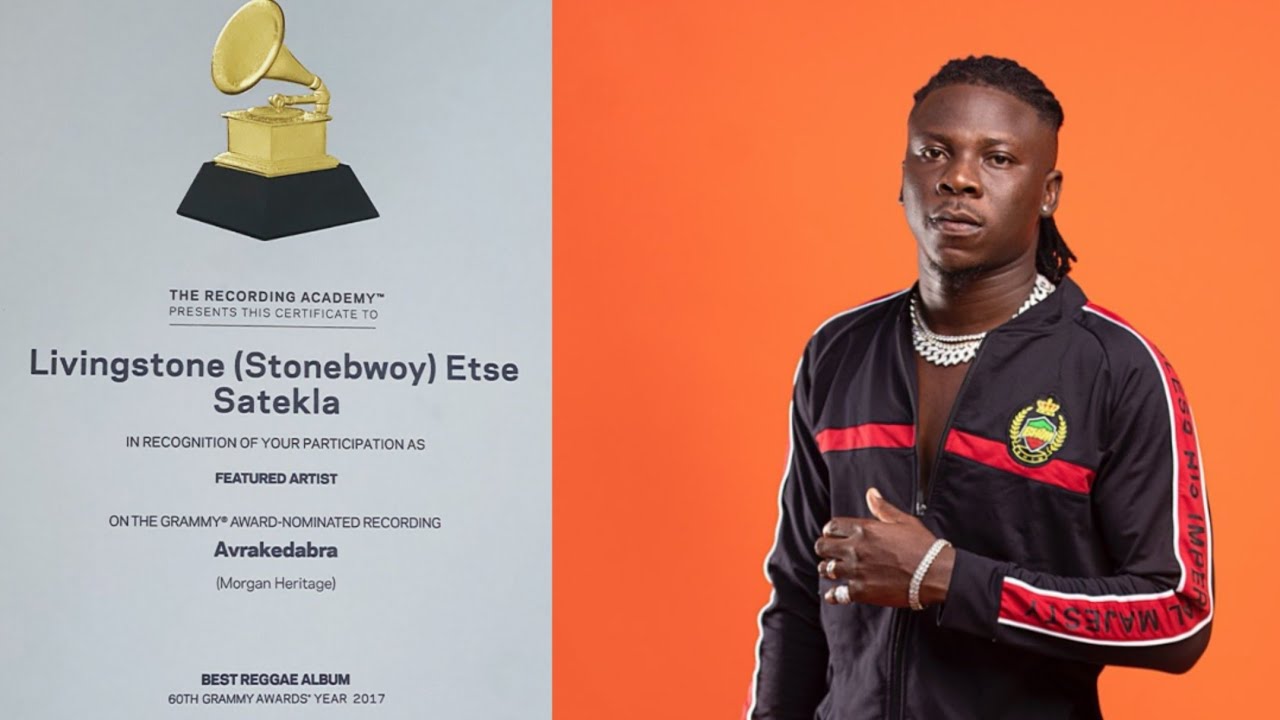