On May 13, 2018, Black Stars striker, Emmanuel Boateng scored a hat-trick as his side Levante UD beat FC Barcelona in Spanish La Liga.

A year after the match was played, La Liga’s official Facebook rekindled memories of the tie with a post put up in the Twi language, a dialect in Ghana to celebrate Boateng’s goals against the Catalan giants. 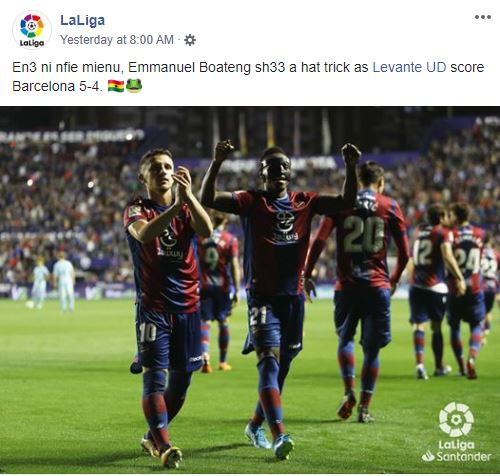 Emmanuel Boateng became the first-ever Black Stars player to score three goals in a single game against a ‘Messiless’ FC Barcelona as his team, Levante UD walked away with a 5-4 win at the Ciutat de Valencia Stadium.

The Ghanaian international opened his account very early in the game as he scored on the 9th-minute mark. Flicking the ball into the net following a pass in the 18-yard-box. 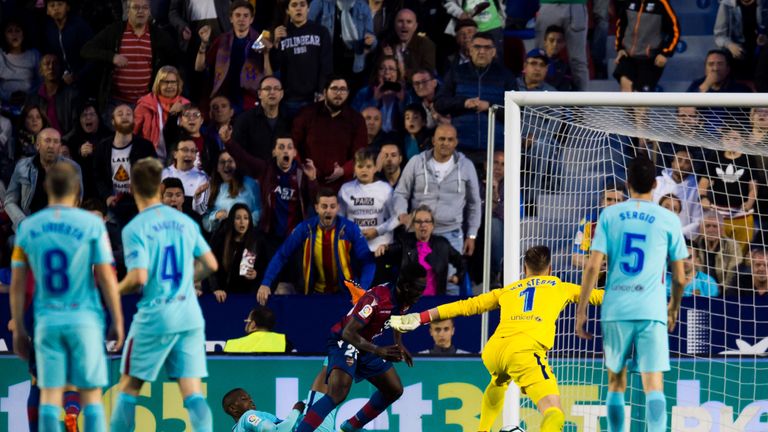 Boateng found the back of the net again on the half-hour mark. He collected a through-pass, rounded German goalkeeper, Ter Stergen, shrugged off Nelson Semedo who attempted to intercept and blasted from close range his second goal of the night.

He made history as the first Black Stars player to score a hat-trick against Barcelona in Spanish La Liga on the 49th-minute. He beat the offside trap, run a short distance and calmly slotted the ball beyond the outstretched legs of the Barcelona goalie.

Barcelona, who were now 5-1 down, did their best to stage a comeback but not even Philippe Coutinho’s hat-trick (38, 59, 64) could save them from suffering a blemish on their hitherto unbeaten run in the league.

Watch the highlights of the game here: 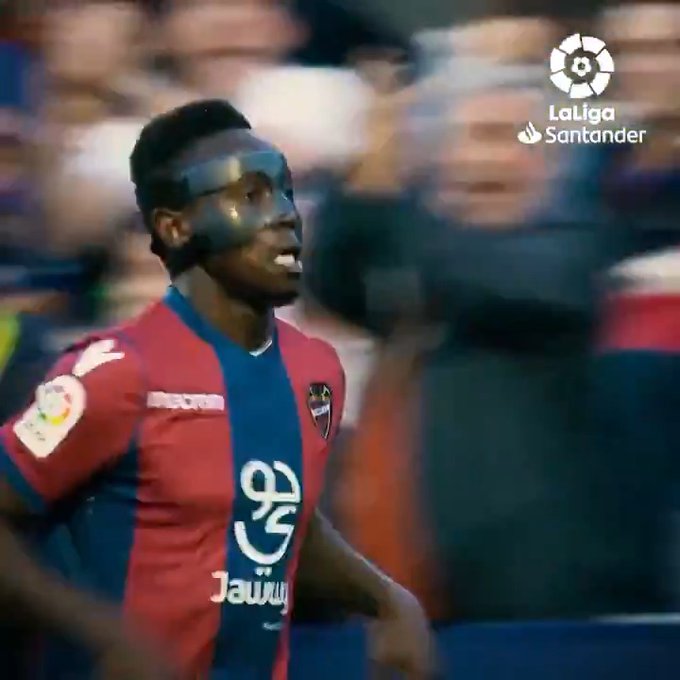 60 people are talking about this
source: citisports