The arrest follows several complaints from citizens and officials from the Siam Commercial Bank and TMB Bank that there were scammers who had been impersonating as officers and managers from certain banks and started to send emails randomly to their clients.

The victims who fell for the scam would fill in personal information, including their name, surname, ID number, and bank account number, as well as the OTP code once the victim had completed filling in all information.

The alleged scammer then reportedly used the given information to log into mobile banking applications before transferring all the money from the victim’s account to their own. The police then began an investigation, revealing that the suspect was living in the Minburi District of bangkok. 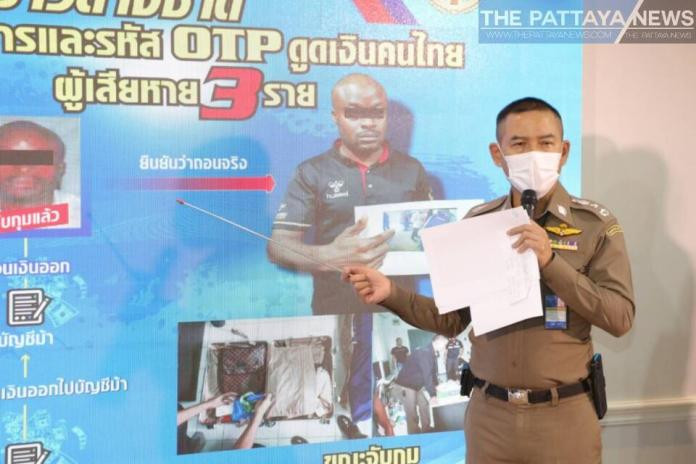 The Nigerian suspect was found at the scene, along with evidence that was reportedly used during the fraud. According to an initial passport and visa examination, Chuks was also reportedly overstaying in the Kingdom.

He was initially charged for overstaying and committing fraud and impersonation. He is now being detained at the Minburi police station for further interrogation.

Five-a-side, fashion stakes – Giroud a winner in all areas for Chelsea boss Tuchel ahead of Man United clash

Thomas Muller back in Bayern training after coronavirus isolation