Watermelon, one of the nutritious fruits grown in Ghana, is currently in abundance in parts of the country.

Although that is good news for consumers, same cannot be said for farmers of the produce.

In the North East Region for instance, where a chunk of the fruit is produced, farmers are worried, as they incur massive losses due to low patronage.

Unfortunately, this has been their story for many years each time the fruit is in abundance.

Nonetheless, the farmers are banking their hopes on the Government’s Watermelon Juice Production Company which is expected to be completed by the end of this year.
Watermelon cultivation has become one of the major activities for most communities in the North East Region.

Farmers, comprising the youth and women, derive their incomes from this activity. But due to lack of ready market, a lot of the produce usually goes bad, and the farmers lose their investments. 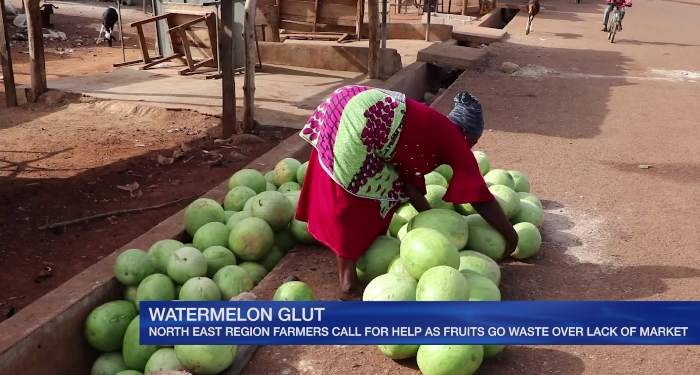 Traveling through the West and East Mamprusi Municipalities, it is common to see how watermelon pods are displayed by the road, begging for buyers. It is even worst on major market days in the area.

The biggest watermelon pod, which could cost between 10 to 20 cedis when out of season, now goes for as low as between 1 and 4 cedis at the farm gate.

On one early morning at Walewale, on a Market Day, some farmers from neighbouring communities who have brought their watermelon to the market to sell spoke to Citi Business News about the impact of the current glut on them.

“If they complete the factory it would help us. We melon farmers suffer always during harvest because there are no buyers. Imagine buying chemicals and ploughing and the produce get rotten in the farm. So, if the factory is completed, farmers will be happy” Seidu Shani, a watermelon farmer said. 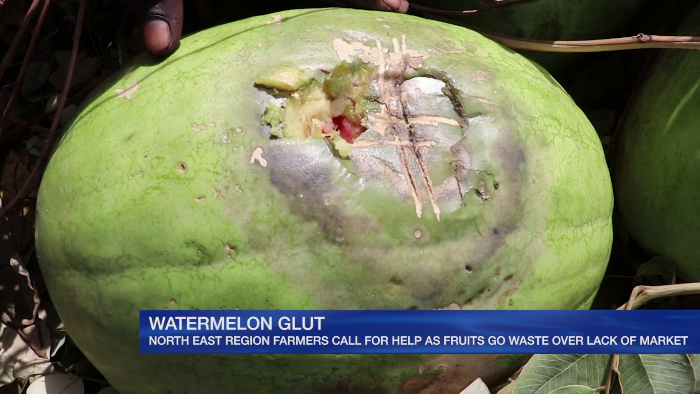 Another farmer, Jalil Mohammed, lamented, “They don’t buy at all; you waste money to invest in the farm and yet nothing comes out it. We suffer a lot”.

The frustrations of these watermelon farmers is the reality for an estimated 3,000 of them in the area who suffer major loses during harvest due to lack of market.

Mumuni Adija, who buys in bulk from the farmers and was in the market with her watermelon, expressed her fears about the produce going bad as demand is far lower than supply.

“People don’t buy and that makes the business difficult. When it happens that way, some get rotten. Even these ones I brought to the market not all of it will be sold, so I have to carry them back home.” 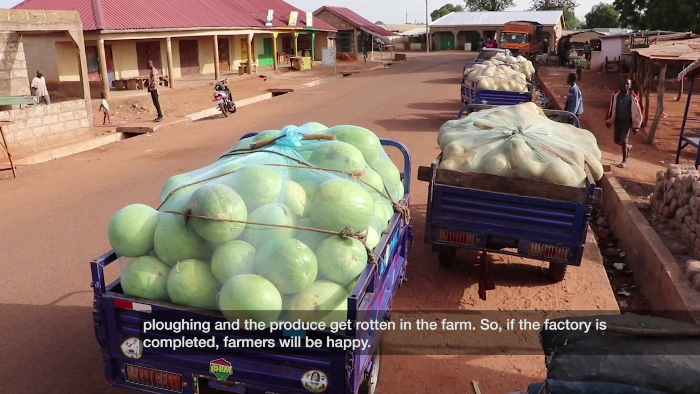 The Director of Agriculture for the West Mamprusi Municipal Assembly, Mathew Aduah, told Citi Business News the crop has become one of the major crops for the farmers in the area, while acknowledging the challenges.

“Marketing is the biggest challenge as far as watermelon is concerned. Sometimes they almost will be giving out the fruit because you have a very big fruit and it goes for 1 cedi or 2 cedis. And then looking at the process that the farmers go through from land preparation to weed control, pest control to harvesting and you sell a fruit for 2 cedis or 3 cedis, that is not good enough; and most farmers are discouraged about the production.”

Upon realizing the plight of the farmers in the region, the New Patriotic Party during the 2016 election campaign, promised to set up a factory which will absorb the produce and save the farmers from the perennial loses, whiles improving their incomes. On December 16, 2019, the ground for the construction of the Walewale Watermelon factory at Loagri was finally broken by the Vice President.

“The Watermelon Processing Factory means all farmers around can bring their melons to sell to the factory for processing which means that there will be stability in their prices and they can produce more and more” the Vice President said.

It’s been seven months after the sod cutting, and Citi Business News’ visit to the project site shows that the steel work, which the construction team said was the major task, has been completed.

The Foreman for the steel works, Yakubu Abdul Jawal, confirmed this to Citi Business News.

Sources close to the project have told Citi Business News that the project, which is about 70 percent compete, will be fully completed in December this year.

As inhabitants of the region wait for the factory, the Department of Agriculture is already putting measures in place to ensure that the watermelons that would be supplied, meets the right factory specifications and standards. 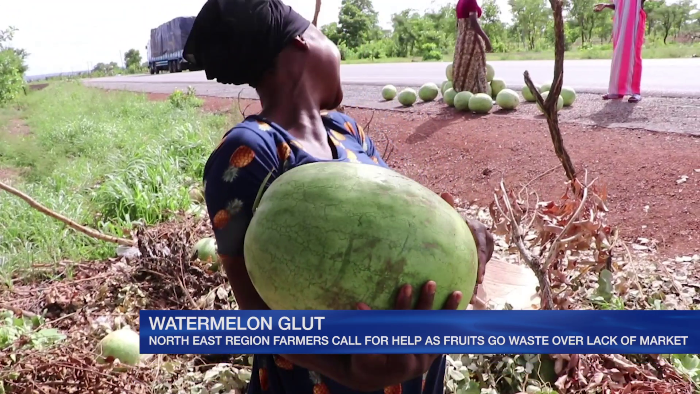 “We are setting up demonstration fields. We have established 10 demonstration fields in 10 communities. What the farmers have been cultivating has been the cow lake and we have introduced the sugar dragon. We want to see how the performance of these varieties will be. Through these demonstrations will be able to take farmers through the good agronomics practice in watermelon production; right from land preparations, selection of sites, types of variety, fertilizer application, weed control and pest control. We will be taking farmers through all these to harvesting, and we are sure that at the end of the day, the factory will get sufficient fruits to buy.”

When completed, the factory is expected to mark the beginning of changing the narrative for the watermelon producers in a region which suffers from high poverty levels.