by extranewsgh
in GOVERNMENT AND POLITICS
0

The President, Nana Akufo-Addo has said former President John Dramani Mahama and the National Democratic Congress’ (NDC) claims of delivering unprecedented infrastructure never existed in reality but only in their Green Book.

“We made a pledge to the Ghanaian people to expand and improve the road network while closing the missing links in the network. We had to make this pledge because we know that the so-called unprecedented infrastructure development of the Mahama administration was fantasy; existing in the Green Book and not on the ground,” he said.

President Akufo-Addo made these comments today, Friday, June 5, 2020, during the commissioning of the newly constructed Tema Motorway Interchange. 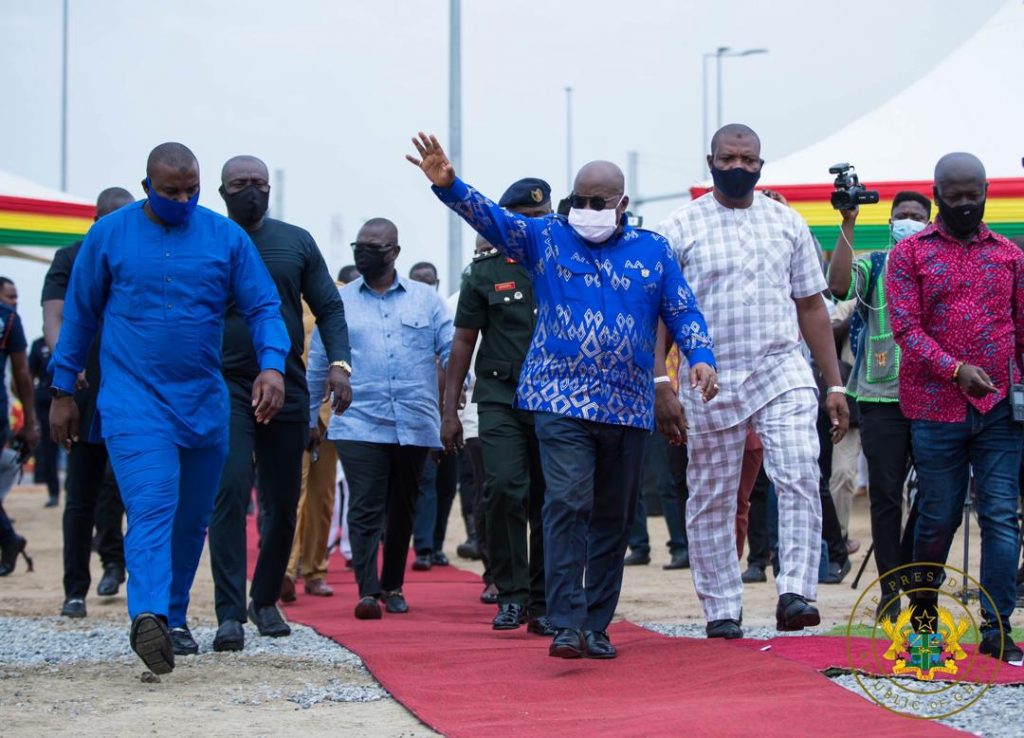 According to the President, this is the reason why his government has decided to invest in the road sector and is working towards making that a reality for Ghanaians.

About the Tema Motorway Interchange

The motorway was closed to traffic for construction works to take place on the three-tier Tema Motorway Roundabout Interchange.

The project had a June 6, 2020, deadline but it has been completed before the scheduled date.

The Interchange is a $57 million project being financed under a grant from the Japanese government through its agency, Japan International Cooperation Agency (JICA).

It is part of the West African Corridor Development Growth Ring Master Plan which is being implemented by Shimizu-Dai Nippon Joint Venture (SDJV), with CTI Engineering International Company Ltd as consultants.

The interchange will facilitate easy connection from Accra to Aflao and onwards to Togo, as well as the Akosombo road. 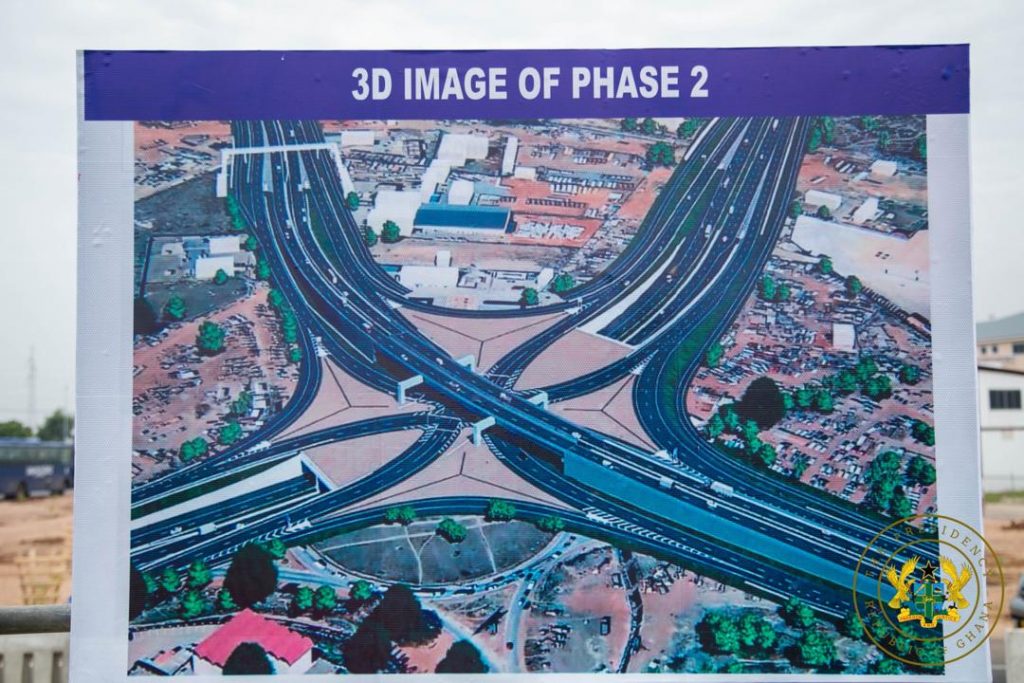 The Ranking Member on the Roads and Transport Committee of Parliament, Kwame Agbodza, had prior to the commissioning asked President Akufo-Addo to acknowledge former President John Mahama for the newly constructed Tema Motorway Interchange.

In an article, the Adaklu Member of Parliament described as shameful, the “posture the President is seeking to exhibit with plans to take credit for the Tema Interchange Project.”

According to Agbodza, the project in question was started by Mr. Mahama during his time in office.

“Sadly, President Akufo-Addo has consistently taken credit for strategic projects initiated by his predecessors and like the proverbial ostrich, turn round to accuse his ‘benefactor’ of incompetence, and simply plunging Ghana into an abyss. I cite the Pokuase, Obetsebi Lamptey Interchanges, Kotoka Terminal 3, and Phase II of the Kumasi Airport expansion project as examples,” the article read.