Lydia Forson claps back at fan who called her an ‘ape’

Award-winning Ghanaian actress, Lydia Forson, has clashed with a fan who attacked her personality instead of attacking the real issues she put across on her Facebook page.

The beautiful and bubbly actress has often clashed with several others across the political divide who have issues with the way she bluntly states the truth in their face which goes against their entrenched views.

Her unbiased political stance has caused fanatics of the ruling New Patriotic Party (NPP) and National Democratic Congress (NDC) to always sink their poisonous claws into her skin.

Lately, she has been on the neck of the NPP with series of posts exposing their incompetence and everything that’s wrong with their administration on social media and this has largely become the bone of contention with her fans who belong to the NPP.

That’s exactly what happened when a Facebook user by name Hajia Sadia couldn’t swallow a similar post by Lydia Forson. She attacked her by calling her an ape. 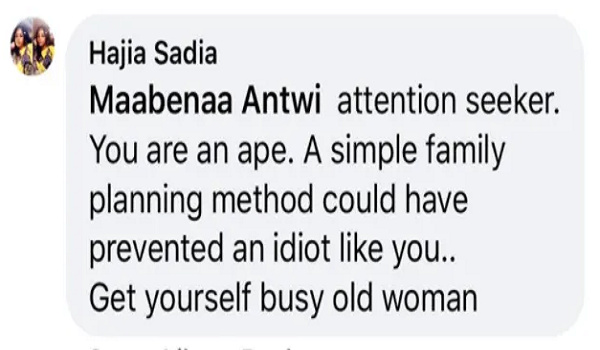 Lydia clapped back by stating: “We have another contestant. Please she’s calling someone an ape – but but but….. should I say it or you can see?”. 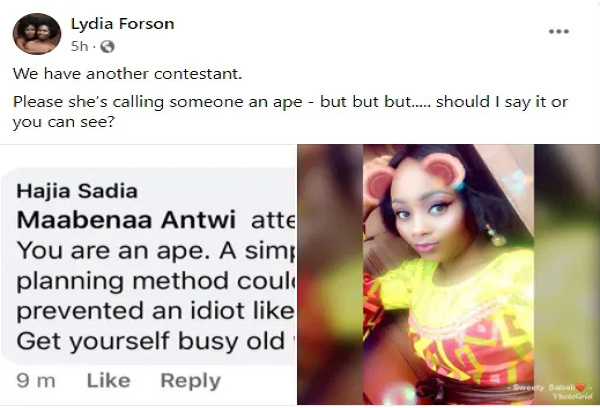 After the back and forth argument, Lydia finally blocked her and nipped her in the bud.

Eid al-Adha: Pray For Wisdom For Me And My Ministers – Prez Akufo-Addo Appeals To Muslims