The song which was released with its visuals is taken off JaneRita’s upcoming fifth album.

According JaneRita, it was so wonderful working with Kofi because of his humility and love for good music.

‘God Of Miracle’ is produced by Two Bars and had popular award winning video director Skyweb Videos working on the visuals. 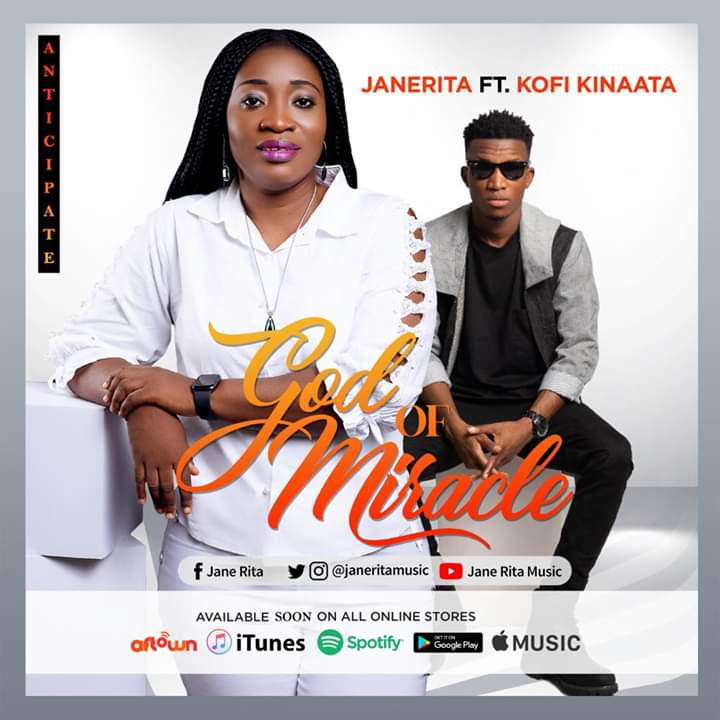 JaneRita is an American based Ghanaian Gospel Musician who has been singing from the early childhood stages.

But professionally, she has been singing for more than 12 years now with a total number of four albums.

As part of her achievements, JaneRita has won Gospel Singer of the Year at the Chicago Gospel Music Recognition Awards in 2019.

Through her ministrations across nations, many souls have been won. And there have also been lot of testimonies.