A US-based designer has apologised for using a portrait of a historic mosque in Kenya’s island of Lamu on a T-shirt worn by celebrity Jay-Z, an official in charge of the site has told the BBC.

Riyadha Mosque’s leaders had objected to the T-shirt as it could be worn to “sacrilegious joints” like bars.

“We have accepted the apology letter because it was done in good faith,” the mosque official said.

Lamu is a Unesco-listed World Heritage site and the 19th-Century mosque is a top tourist attraction.

It has manuscripts dating back to 1837, and is one of the oldest continuously functioning Islamic teaching institutions in East Africa.

Worshippers became angry when they saw WhatsApp group photos of US-based music mogul Jay-Z wearing a T-shirt with a print of the mosque, said Abubakar Badawy, the secretary general of Riyadha Mosque and Islamic Centre.

Jay-Z was spotted in the T-shirt as he left a restaurant in Santa Monica, California, on 30 March, CNN reported.

“Many people were angry about this and thought that the officials running the mosque were involved,” Mr Badawy said.

It prompted him to write a public letter to Mr Loky, the chief executive officer of clothing design company Blkburd Genes.

“Rest assured we neither consider it an honour or privilege for the historical mosque and its founder Habib Swaleh,” the letter said.

It added that “when wearers of these T-shirts end up in bars, clubs and at all sorts of sacrilegious joints” then it was an “affront” to those who revered the mosque.

Mr Badawy said he had since received a letter from Mr Loky, promising to remove “all inappropriate portrayals”.

The letter said the T-shirt had been part of a collection to celebrate Lamu.

“Our intention was in good faith and in line with our mission of educating the world in world history using HD art, bold fine print and a QR code that carries our finding history on Lamu,” it added.

The letter said that only 20 T-shirts, retailing for $195 (£141) and marked sold out on his website, had been produced for “celebrity friends and their family”.

They would be advised not to wear them in bars and clubs, it added.

Mr Badawy told the BBC that mosque officials were satisfied with the apology because there was “no malice” on the designer’s part.

“We need to forgive and be tolerant,” he added. 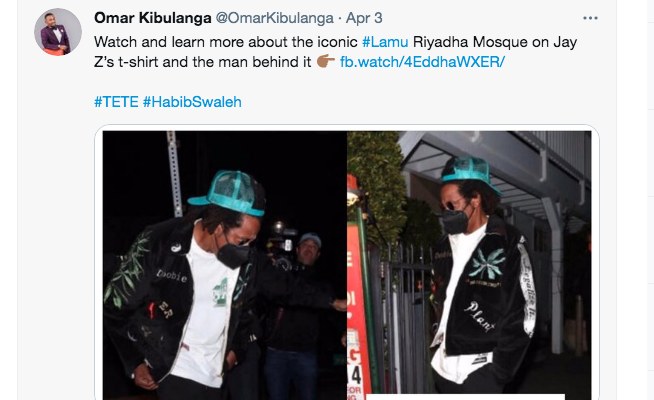 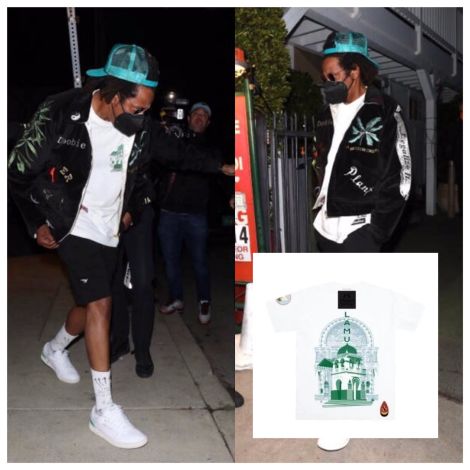 Ajax melt down Dutch title trophy to make 42,000 stars to give to fans

Virgil van Dijk rules himself out of Euro 2020