by extranewsgh
in WORLD NEWS
0

Salah Khashoggi, the late Saudi critic’s eldest son, posted the pardon in a tweet on Friday. “On this virtuous night of (Ramadan), we recall the words of God Almighty … whoever pardons and makes reconciliations, his reward is from Allah,” read the statement, referring to Laylit el Qader, or the Night of Power, considered by Islam to be the holiest night of the year.
“So we, the sons of the martyr Jamal Khashoggi, announce that we have pardoned (those) who killed our father,” the family added in the statement. Muslim governments typically issue pardons on the month of Ramadan. 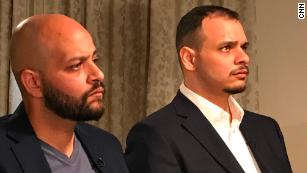 Exclusive: Khashoggi sons issue emotional appeal for the return of their father’s body
According to Saudi law, a pardon from a son of a murder victim serves as a legal reprieve. Last December, five government agents convicted of Khashoggi’s murder at the kingdom’s Istanbul consulate in October 2018 were sentenced to death. Three other people allegedly involved in the case were given prison sentences.
Overall, 11 people were put on trial for Khashoggi’s murder, which sparked a global outcry and dealt a blow to the kingdom’s reputation.
The families of the convicts are now liable to pay blood money to Khashoggi’s family. If they can’t afford to make the payment, the state can pay instead, in addition to state money already given to the family.
A source last year told CNN that the family received millions of US dollars in cash and assets as compensation for the killing. Khashoggi’s sons denied that they received a blood money settlement from the Saudi government.

The United Nations rapporteur for extrajudicial executions, Agnes Callamard, who led a high-profile investigation into Khashoggi’s murder, called the family pardon “the final act of the parody of justice.”
“Saudi Arabia has repeatedly proven it will not deliver justice for Jamal Khashoggi. This is the last piece to the Saudi impunity puzzle, the final act of the parody of justice played in front of a global audience. The killers will walk free. Exonerated,” Callamard said in a tweet on Friday following the family’s announcement. 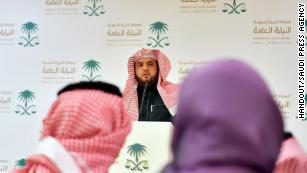 Saudi death sentence wipes MBS’s fingerprints in Khashoggi killing
Khashoggi’s fianceée, Hatice Cengiz, also tweeted her disapproval of the pardon: “The killers came from Saudi with premeditation to lure, ambush and kill him. Nobody has the right to pardon the killers, We will not pardon the killers nor those who ordered the killing.”
“Jamal Khashoggi became an international symbol bigger than any of us, admired and loved. His ambush and heinous murder does not have a [statute] of limitations and no one has the right to pardon his killers. I and others will not stop until we get justice for Jamal.”
In a report last year, Callamard concluded that Saudi Arabia was responsible under international law for the “deliberate, premeditated execution” and called for an investigation into the role of the Saudi Crown Prince Mohammed bin Salman, saying there was “credible evidence meriting further investigation by a proper authority” as to whether the “threshold of criminal responsibility has been met.”
US intelligence concluded that the crown prince ordered the killing of Khashoggi. Saudi authorities have denied the allegations.
Source: CNN