Former Minister for Lands and Natural Resources Kwaku Asomah-Cheremeh has refuted claims he is involved in illegal small-scale mining known as galamsey.

A story carried and published by some media houses and news portals listed Mr Asomah-Cheremeh among a list of New Patriotic Party (NPP) bigwigs rumoured to be galamsey kingpins.

But Mr Asomah-Cheremeh through his lawyer Kwabena Asare Atuah has denied ever being involved in galamsey and want the media houses that carried the story to retract and apologise for same.

“My client wants to state emphatically that he has never in his capacity as Minister for Lands and Natural Resources ever in any way whatsoever engaged in illegal mining popularly known as galamsey. There has not been any circumstance in which my client aided or enabled any entity or any individual to engage in galamsey as a matter of fact,” the lawyer said in a rejoinder.

“Contrary to the allegations, my client had devoted his might, attention and knowledge and resources with the help of the Ministry he superintended to fight galamsey and would, therefore, urge the public to disregard any unfounded and false allegations indicting my client as a major player in the galamsey menace,” it added.

The government has stepped up its fight against galamsey with the deployment of a military task force called Operation Halt II who are destroying excavators and mining equipment at illegal mining sites along river bodies across the country. 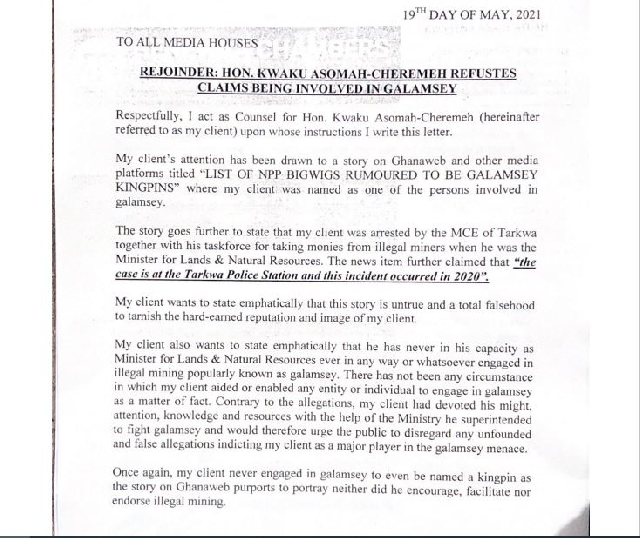 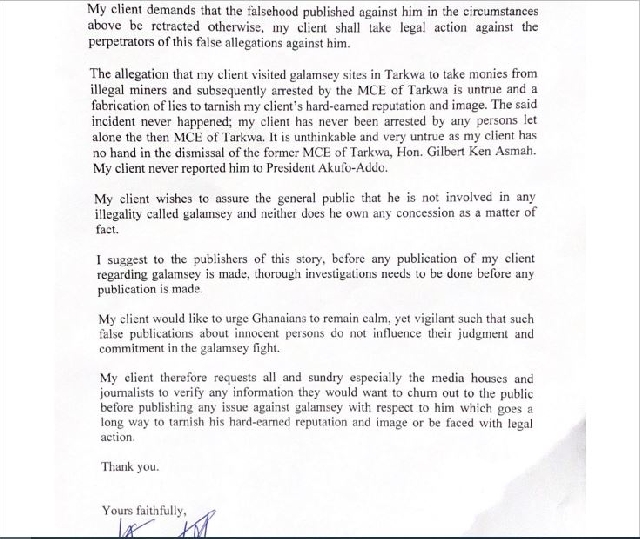 MPs are immune from arrest, prosecution; you can’t do that without my notice – Speaker warns security agencies

Wednesday: ‘Dumsor’ to hit these areas from 6pm to 12 midnight