Falz prays for Nigeria as he turns 30

Rapper Folarin Falana popularly known as Falz has taken to Instagram to say a prayer for Nigeria on his 30 birthday.

The rapper stated that having his birthday fall on the week after EndSARS protesters were shot, at the Lekki toll gate leaving many injured and others allegedly dead, has left him with mixed feelings.

Falz wrote that after everything that has happened he prays for a Nigeria “I can truly be proud to call home.” 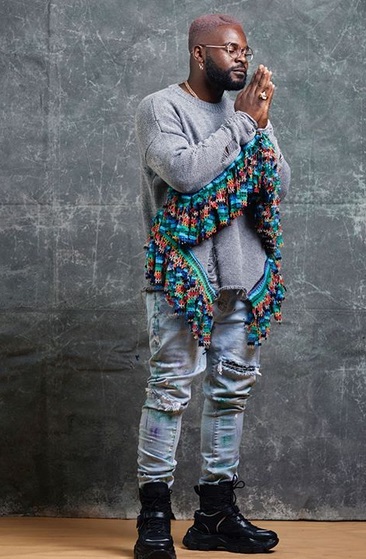 “Mixed feelings. It has been a week since we lost our brave soldiers at the toll gate. I have also now officially been on this earth for 30 years. I pray for a much better tomorrow,” he wrote.

His comments come after granting an interview on CNN discussing the state of affairs in Nigeria amid protests.

Falz, who stated that his country was in a “crisis”, said he is ready to fight until his last breath to ensure the bad systems in his country change for the better.

“I am not afraid for my life because where we are right now, I feel like I can easily die by anything else anyway,” he told the host Christiane Amanpour.

Falz cited poor health care, social injustices, police brutalities among others as issues that could fastrack a youth in Nigeris’s death.

“We are in a critical state because of the level of corruption and mismanagement of funds that we continue to see on a daily basis.”

“If I do not come out to complain about the state of things, I can have an accident on my way to work and die as a result of that because the state of the healthcare is nothing to write home about,” he added.

Falz has been one of the celebrities championing the need to stop police brutality in Nigeria.

He has taken to his social media accounts numerous times to address people on the need to support the fight.