It is unfortunate that Former President John Dramani Mahama intends to delay the hearing of the election petition he filed at the Supreme Court by filing one motion after the other.

His comments come after Mr Mahama has filed another application at the Supreme Court on Monday, January 25 to review among other things replace portions of his original statement of the case.

He also wants to file a supplement to his statement of the case.

His lawyers said the Court will be provided further information if his application is granted.

The new application seeks to replace paragraph 28 of the original statement of case and file a supplement to the statement of the case. Paragraph 28 of the petitioners’ initial review document states among others that “there is no reference in rule 69(c) 4 of CI 99 to amendments. It is rather 69 A (6) which provides as follows.”

In the proposed new paragraph “it is rather” quotes 68(7) instead of the 69A(6) as earlier quoted.

The petitioner also wants the Electoral Commission and President Akufo-Addo will not be prejudiced in any way if his application is granted.

At the last hearing, the court adjourned the case to Tuesday, January 26.

Commenting on this development, spokesperson for the President legal Team, Kojo Oppong Nkrumah said “Ahead of tomorrow’s appearance in court, JM’s legal team has filed another application at 2:30 pm today seeking to further amend earlier processes. The effect is to occasion further delays in dealing with the 5 issues in the substantive matter. It’s very unfortunate.” 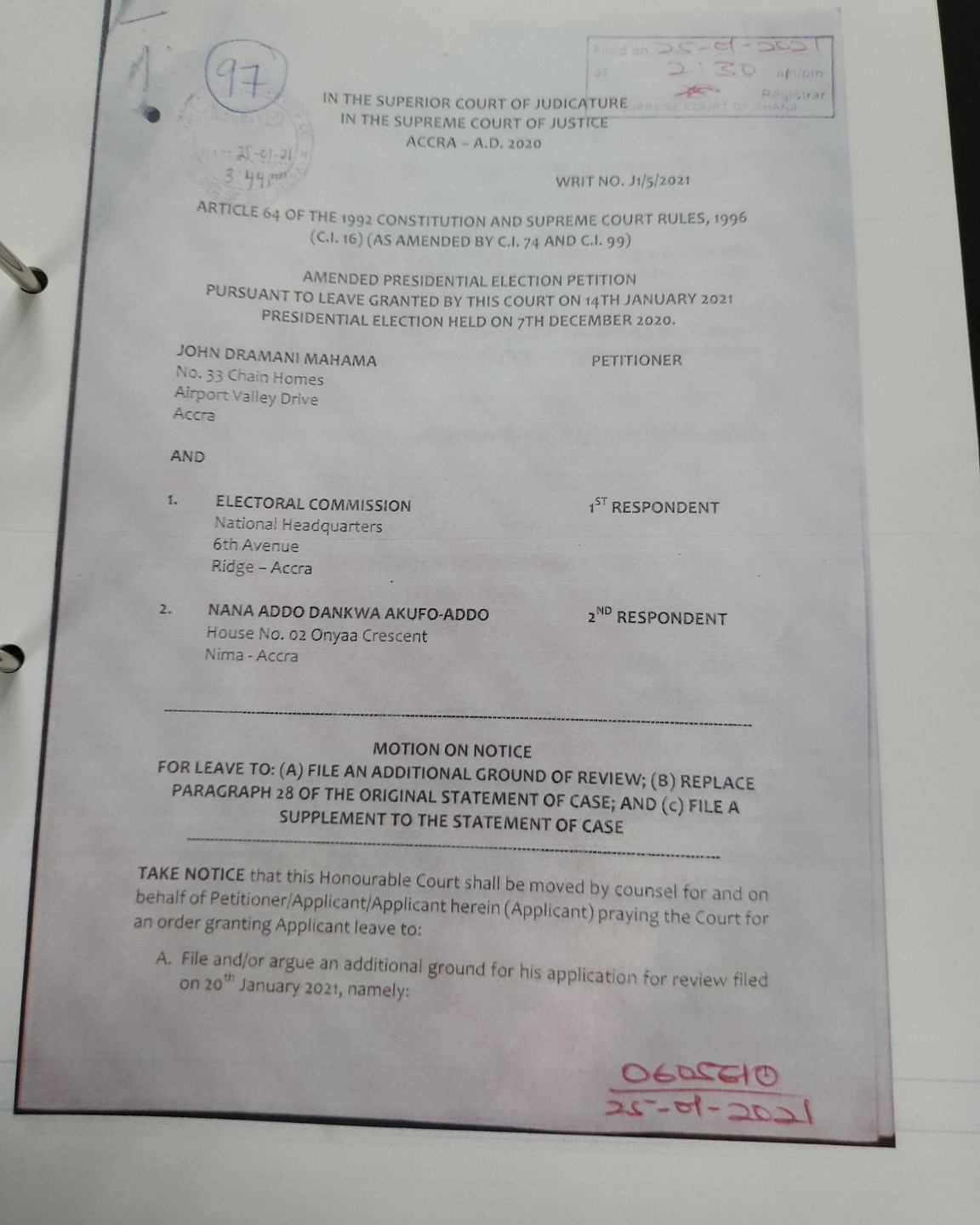 GRIDCO to pull down structures around transmission lines

GRIDCO to pull down structures around transmission lines

Ras Mubarak calls for shake up in NDC leadership in parliament