Media Personality and Musician, Blakk Rasta has called on all stakeholders to ensure that D-Black is made to suffer the consequences of allegedly ‘stealing’ ECG’s power.

Blakk Rasta explained that the scandal made the Electricity Company of Ghana lose a substantial amount of money that could have been used for other developmental projects.

“D-Black should be made to suffer like any other person, yes that’s stealing. If D-Black had broken into Multimedia and stolen GH$500,000 by now Ghanaians will be talking, but because it’s a government institution and people normally say for government work we don’t carry it on our head, but drag it on the floor, that is what exactly D-Black has done,” he alleged

Speaking with Roselyn Felli on Prime Morning, on Monday, the ‘Barack Obama’ hitmaker said it’s time for Ghanaians to change and have a good attitude towards developing the country.

He added that it is a bad precedent for D-Black to embark on the ‘dumsor vigil’ while he is part of the cause of the problem.

D-Black should be made to suffer for allegedly ‘stealing’ ECG’s power – Blakk Rasta
Blakk Rasta
“The attitude is when D- black can steal GHC$500,000 worth of electricity and still be part of ‘dumsor vigil’. That is what I am talking about,” he added

Still, on the issue, Blakk Rasta insisted that he doesn’t believe in prisons, hence D-Black should be made to pay in multiple folds, the loss the Company incurred through his alleged scandal to serve as deterrent to others.

“He has to pay in three folds, four-folds, five folds depending on them. For me, he shouldn’t pay less than 10 folds what he has stolen,” Blakk Rasta insisted. 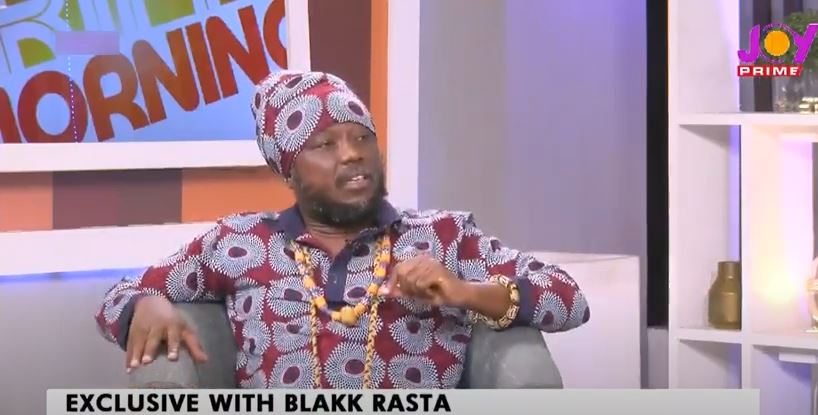 Rice Farmers Looking Forward To A Good Season Under Nserewa