he demand rising from COVID-19 has ramped up vaccines using various genetic modification technologies, but when it comes to agriculture, the inverse has been true. Covid significantly slowed down the global process to commercialize genetically modified (GM) crops, and no one feels it more than farmers in developing countries, like Kenya, Ghana, and Bangladesh, where significant progress quickly came to a screeching halt.

Although many countries have approved the fast track use of genetic modification in the production of COVID-19 vaccines, the contrary is the case when it comes to approvals for GM crops. Kenya, Ghana, and Bangladesh are some of the countries where efforts to get GM crops into the hands of farmers have either stalled, or timelines for approval been rescheduled because of COVID-19. Genetically engineered crops bring more food to a continent that struggles with food security. And these crops can grow with fewer pesticides, thus keeping us healthier while working in the fields.

“In Kenya, we have had regulatory delays in the continuation of the national performance trials on [insect-resistant] Bt maize,” Kenyan plant breeder Dr. Murenga Mwimali told Dirt to Dinner in an interview. “There were planned national performance trials in six sites in Kenya. However, with the emergence of the COVID-19 pandemic and the associated lockdowns, the activities by all stakeholders were all stopped.”

Bt maize has been genetically modified to produce a protein -safe for humans and other animals-but can kill the destructive stemborer insects that destroy maize crops. Bt crops have been shown to reduce pesticide use. Bt maize also often contains traits for drought tolerance, which can help increase productivity on farms by at least 10%.

It is essential to continue moving forward

Dr. Mwimali is worried the situation with COVID-19 will push back the expected time frame for commercializing GM maize for use by Kenya’s farmers. It is already being grown in South Africa, as well as the United States, Brazil, and Argentina, among other countries.

“It takes about 100-150 days to gain [government] approval but now it is taking longer and longer given the many requirements for a team of regulatory institutions to sit and approve the processes,” Dr. Mwimali explained. “This [approval] period may now double and the food and nutrition security of more than 80 percent of smallscale farmers will continue to suffer.”

Stakeholders, however, remain confident things will change in the months ahead as COVID-19-related lockdowns ease. Recently, Kenya’s Ministry of Agriculture and Livestock and Fisheries, National Biosafety Authority, National Environment Management Authority, Kenya Plant Health Inspectorate Services, and other regulatory stakeholders have been meeting to brainstorm ways to proceed with the national performance trials on Bt maize.

“Despite the current COVID-19 situation, there is hope that the national performance trial activities on Bt maize will proceed with the teams observing the safety requirements by the Ministry of Health,” Dr. Mwimali said.

Dr. Rose Gidado, assistant director of the National Biotechnology Development Authority in Nigeria, said the situation there is no different. For some years now, the government has fast-tracked the adoption of GM crops and has approved Bt cotton and cowpea for commercialization.

Since last year, the multiplication of seeds has been ongoing to allow for the mass sale of GM seeds to farmers. But COVID-19 has slowed down activities so the farmer does not have access to the seeds. “The process is only affected by COVID-19 in terms of restricted movements, limited travels, and social distancing,” she told Dirt to Dinner. “You cannot do so much at this time. Things are moving at a slow pace.”

Dr. Gidado argues, however, that Nigeria needs GM crops now more than ever in the COVID-19 era.

“There is the need to step up production in order to measure up as well as prepare for the high demand for food in the country in the post-COVID-19 era,” Dr. Gidado said. “The potential for economic growth arising from the cultivation of genetically engineered crops in Nigeria is high with increased access to food, good health, and productivity. It will also attract foreign investments and earnings, leading to wealth creation.”

As the Nigerian government eases COVID-19 restrictions, work has begun to revive the GM crop commercialization processes. “We are still on track to produce GE cowpea,” she said. Insect-resistant cowpea is the country’s first GM food crop.

The regulation of GM crops in much of the world is guided by the Cartagena Protocol on Biosafety, an international agreement currently ratified by about 170 countries to ensure the safe use of living modified organisms resulting from modern biotechnology. The protocol requires that products arising out of technologies like genetic modification be regulated based on the precautionary principle, which requires that countries pause and review new technologies extensively before they are adopted.

A lot of countries have thus passed new legislation that lays out extensive, in-depth and complicated processes that need to be exhausted before GM crops are approved for use. When plant researchers finish breeding a new GM seed, it has to be taken through trials in confined areas, then contained trials on a fairly large scale. If it passes both of those reviews, then governments authorize an environmental release, which allows it to be grown by farmers in several areas of a country.

The next step is applying for commercialization so farmers can legally access and cultivate the seeds. It can take more than a decade, and tens of millions of dollars, to bring a GM crop to market.

In Ghana, efforts to allow for the commercialization of GM crops started more than 10 years ago but crystalized in 2011 with the passage of the National Biosafety Act to guide the process. In 2018, Ghanaian scientists completed field trials on the insect-resistant Bt cowpea, the country’s first GM crop variety. This GM crop is expected to help farmers dramatically reduce their use of pesticides, while also enjoying better yields of this important staple food. “When you look at the conventional seeds, you can spray as much as eight times (a season). But with the Bt, you spray only two times.

“Just the two sprays can confer resistance in Bt crops like the eight sprays in the conventional,” Dr. Mumuni Abdulai, principal investigator in charge of the Bt cowpea project, explained.

After years of additional background work following completion of tests on the varieties, scientists were hoping to zoom into the final approval processes by applying to the National Biosafety Authority for environmental release of the variety in the first half of 2020. But the process stalled as a result of the COVID-19 pandemic. “The document is ready for submission. Everything is ready…if not because of COVID-19, we would have done it by now.”

Burkina Faso is the third West African country, apart from Ghana and Nigeria, that is working to get the Bt cowpea variety into the hands of farmers. Burkina Faso is hoping to use the GM cowpea project to re-establish itself as a nation that puts science first after its government halted the cultivation of Bt cotton in 2015. But the Bt cowpea approval process has slowed down there, just as in Ghana and Nigeria.

Farmers in Burkina Faso are calling on the government to fast-track the approvals for Bt cowpea in response to COVID-19. Burkina Faso farmer Wiledio Naboho said COVID-19 has negatively impacted production this year and farmers are counting on GM crops to help them increase productivity.

“Really, COVID-19 has impacted us as farmers negatively,” Naboho said. “First, it’s limited our access to quality seeds. And also, the few [seeds] we have are sold at a high price. Secondly, access to food is limited because of lockdown… So, COVID-19 came to add more sorrow to my people. I can tell a lot of families don’t have food to feed themselves.”

Of the 53 countries in Africa, only South Africa, Eswatini, and South Sudan farmers are currently growing GM crops commercially. More than 20 nations are currently undertaking trials on about eight GM crops, including banana, cassava, and maize, in preparation for their introduction into the food supply. The research and approval processes have slowed down in virtually all these countries as a result of COVID-19.

The challenge in Africa is being experienced in Asia, as well. In the Philippines, the COVID-19 pandemic has added energy and vigor to the activities of anti-science groups campaigning against Golden Rice, a GM rice variety rich in vitamin A, a nutrient to prevent blindness and other serious health challenges in millions of children. In December 2019, the Philippines Department of Agriculture-Bureau of Plant Industry issued an official notice of permit approving Golden Rice for direct use in food, feed or processing.

In early August, the Stop Golden Rice Network launched its annual week-long line up of activities to protest plans to commercialize Golden Rice. “There are enough reasons to safely conclude that non-governmental organizations such as Greenpeace and Friends of the Earth are exploiting the dire situation of our food system during COVID-19”, Mr. Cris Panerio, one of the coordinators of the campaign claimed, even though Golden Rice is a philanthropic endeavor.  Such re-invigorated campaigns linking COVID-19 and GM crops will make it more difficult for the authorities to introduce the lifesaving varieties.

In Bangladesh, following the success of genetically modified Bt brinjal (eggplant), the country is also researching Golden Rice, potatoes resistant to the devasting late blight disease and pest-resistant Bt cotton. Bt brinjal, which is the first GM crop developed by public sector scientists for farmers in South Asia, increased farmer income by $658 per hectare over the four years between 2014 and 2018. GM rice, potato, and cotton are expected to make an even higher and better impact on the population, but COVID-19 is now serving as a distraction against its approval. 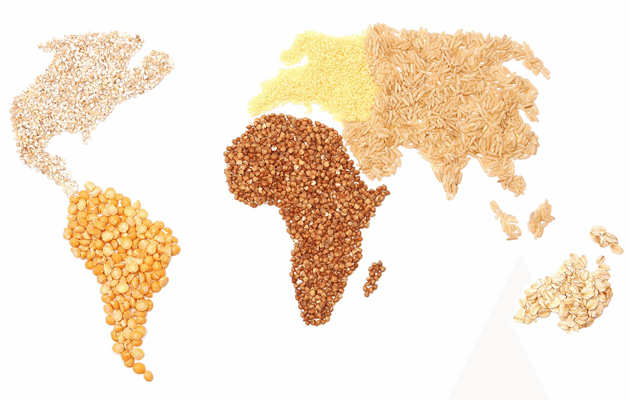 “COVID-19 is having a grave impact in Bangladesh and soon we might have more positive cases than Italy. It has slowed down the whole system and our economy. So, the government has many burning priorities other than speeding up the process of research and development of Golden Rice and other biotech crops,” Arif Hossain, executive director of Farming Future Bangladesh, told Dirt to Dinner. “We hope that our research system will resume all its activities in full swing after this pandemic. But right at this moment, the government is giving priorities to production, mechanization, and market value chain, along with large scale subsidy programs for farmers and others engaged in agriculture.”

The opposite appears to be the case in some South American countries. Over the last few months, reports indicate that the transitional government in Bolivia has approved 5 GM crops, including sugar cane and cotton, as part of its efforts to boost agriculture during the pandemic. A pilot project for GM wheat is also being planned.

Since the outbreak of the pandemic in Mexico, a group of researchers at the Autonomous University of Nuevo León have begun work on using bioinformatics and computational genetic engineering to possibly produce a tomato that can deliver an edible COVID-19 vaccine. In the US, very little movement has been seen on the GM crop front since the pandemic broke. Europe continues to resist the technology, though the United Kingdom is considering its adoption as part of its break from the European Union.

The repercussions, while unique to each region, are vast and hard-hitting. The consequences of COVID-19 on slowing the approval process of GM efforts has a trickle-down effect that touches every link in the supply chain—from the investors to the manufacturers to the farmers, and ultimately the families. This risks widespread food and nutrition insecurity for developing countries – where food security is already on the balance.

Ghana’s Prosperity Is In The Blood Of Dr. Bawumia/Napo Ticket For 2024 – Allotey Jacobs Tells NPP

NPP To Sanction Members Who Campaign For Bawumia, Alan & Co