The man suspected of being North Korea’s first confirmed Covid-19 patient did not have the virus, South Korea says.

The man apparently defected from North to South three years ago, before seemingly deciding to return last week.

South Korea said the man reached the North by crawling through a drainpipe on a southern island, and then swimming about a mile.

At the weekend, North Korea reported its first suspected case of Covid-19.

It said the patient was a North Korean who had “re-defected” from the South. 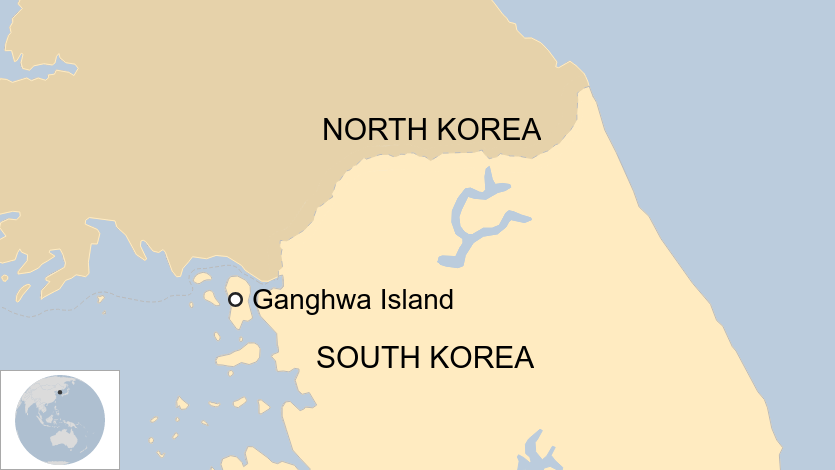 How did the man reach North Korea?

On Monday the South Korean military said the 24-year-old man reached the North from Ganghwa Island, near the border.

He apparently crawled under barbed wire in a drain which leads to the Yellow Sea, before swimming to the North.

“We spotted the specific location from which he fled, as a bag believed to belong to the man was found,” Col Kim Jun-rak said, according to Yonhap news agency.

He reached the North Korean city of Kaesong, which is near the coast, on 19 July and was “suspected” of having “the vicious virus”.

What did South Korea say about the man’s health?

“The person is neither registered as a Covid-19 patient, nor classified as a person who came in contact with virus patients,” said Yoon Tae-ho, a senior health official, according to Yonhap.

Virus tests were conducted on two people who had close contact with the defector, and both tested negative.

South Korea was one of the first countries outside China to have a Covid-19 outbreak, but now has the virus largely under control.

With a population of more than 50 million, the country averages just over 50 new cases a day – many of them imported and then quarantined.

North Korea has not confirmed a single case of Covid-19 – something analysts have long said is unlikely.

It is rare for someone to leave the North for the South, and then come back.

The South Korean unification ministry told the BBC there had been 11 confirmed cases since 2015, the last of which was in 2017.

If confirmed, the man who swam from Ganghwa would be the 12th.

Though it said the re-defector was only “suspected” of having Covid-19, Pyongyang appears to be keen to stress that the outside world – especially the South – is to be blamed for the possible breach in its anti-epidemic measures.

So far, it seems unlikely the man who returned to Kaesong after three years in South Korea really has Covid-19.

South Korean authorities have denied it, and Pyongyang has an apparent lack of testing capacity anyway.

Experts agree that Pyongyang is trying to divert its people from blaming the regime for the hardship the pandemic has caused in their lives.

Whether or not cases are confirmed, it is evident the North Korean economy is faltering from its vigorous prevention measures – including shutting off its border trade route with China.

Pyongyang might try to use this incident as an excuse to demand aid from Seoul – such as medical supplies, or food.