• Adjei-Mensah Korsah has however debunked all the allegations

The Appointments Committee of Parliament has been petitioned over the conduct of deputy minister nominee for Local Government and Regional Integration, Martin Adjei-Mensah Korsah, in a land dispute case.

One Dr Benjamin Adu has accused the Techiman South MP of allegedly entering his parcel of land with military personnel and other bodyguards.

“He uses his personal aids, surrogate military personnel to deny me of my exclusive right to use and enjoy my land and all other benefits afforded me under the law”, Dr. Adu lamented.

According to the petition, on countless occasions, Dr. Adu has been harassed and assaulted by the men in military uniform employed by the Member of Parliament anytime he dared entered the said land to work.

“The MP has been in flagrant disregard of any rights and freedom as provided for in article 18 as well as Section 12 of Act 1030. My rights are brazenly violated with brute force and intimidation with horror and show of bravado in secrecy,” the petitioner stated.

The parliamentary committee, according to the petitioner have received the petition in good faith and promised to deal with the issue as soon as possible.

The petitioner stressed further that a reported denial by issued by the MP in respect to the case was a total lie and should not be regarded by the general public.

“I have his statement and it is not true that he is not one behind it. He claims to own the lands and he has engaged in all kinds of things to win the land. We are not after his political ambition or whatever, we just want our land”.

Martin Adjei-Mensah Korsah, has repeatedly denied owning any land at the area and subsequently described all the allegations as false.

The MP says he suspects this is politically motivated and is urging all to treat it with the contempt it deserves.

Mr. Korsah has asked the petitioners to disclose the full identity of the supposed person who is using unfair means to take their lands and add the necessary particulars that can be used in investigating their claim.

“There is nothing concerning me in this matter and I just can’t fathom why anybody will just involve me in this story. If it is my property, why would I deny it? I don’t own it. It’s a game some people are playing against me and that letter is fake.

“You can go to the Police Headquarters and they will confirm this. Two people have bought their land and I’m told those who are doing this have failed to supply what the police asked for from the Lands Commission. What the police are investigating has nothing to do with me but somehow, you know the country we live in, people take delight in damaging people for whatever reasons but I’m not going to leave it lying. I’m going to really take it up because it’s a certain game that is being played,” he said. 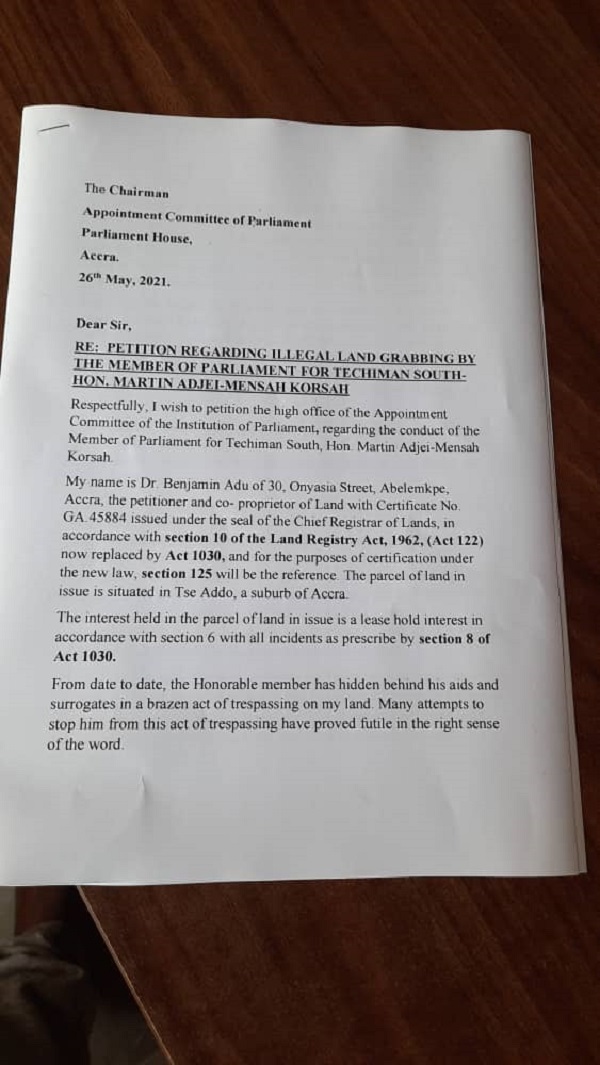 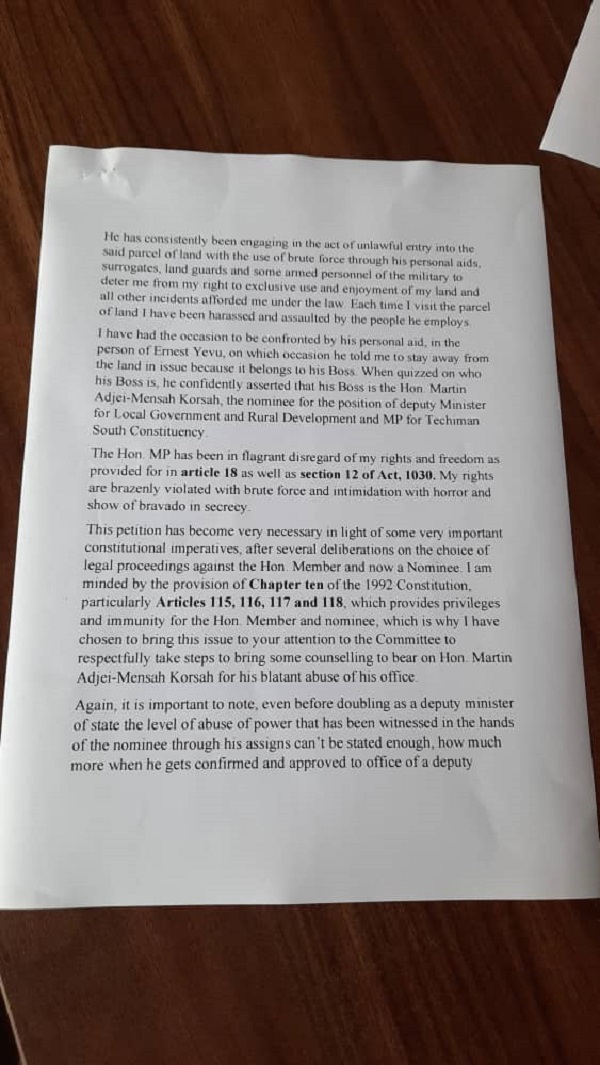 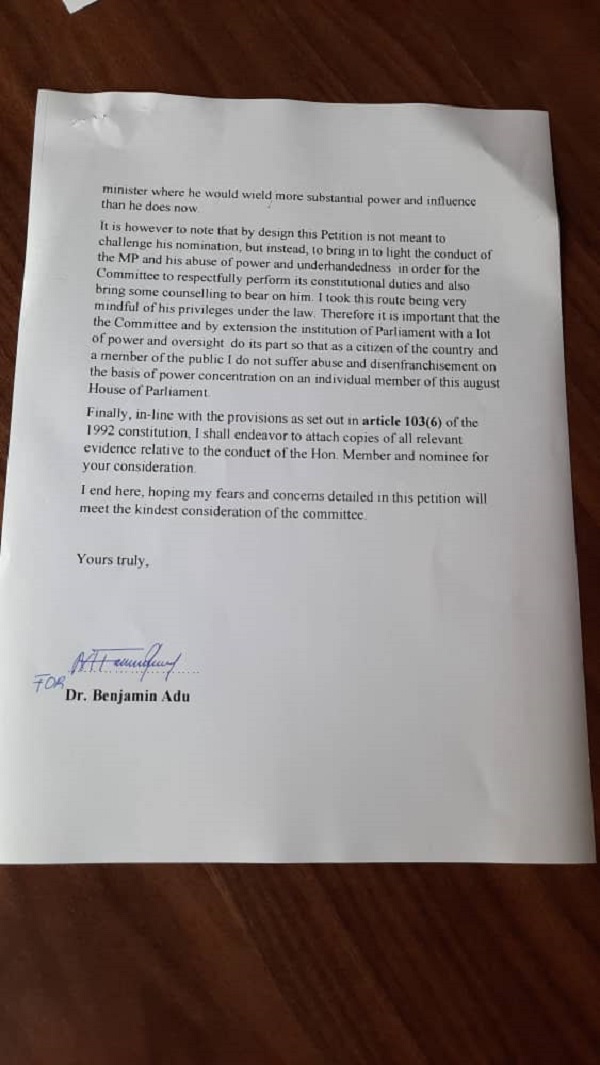 Mahama explains why there is hope for the NDC in 2024

Mahama explains why there is hope for the NDC in 2024

Bro Sammy Opens Up On Rift Between Him And Ernest Opoku

Boakye Agyarko: I Stand A Better Chance Of Leading NPP In 2024