Cabinet has given policy approval to a Bill which will decentralise births and deaths registration in Ghana, the Vice President of the Republic, Dr Mahamudu Bawumia has announced.

The Bill was submitted by the Minister for Local Government and Rural Development, Hajia Alima Mahama. 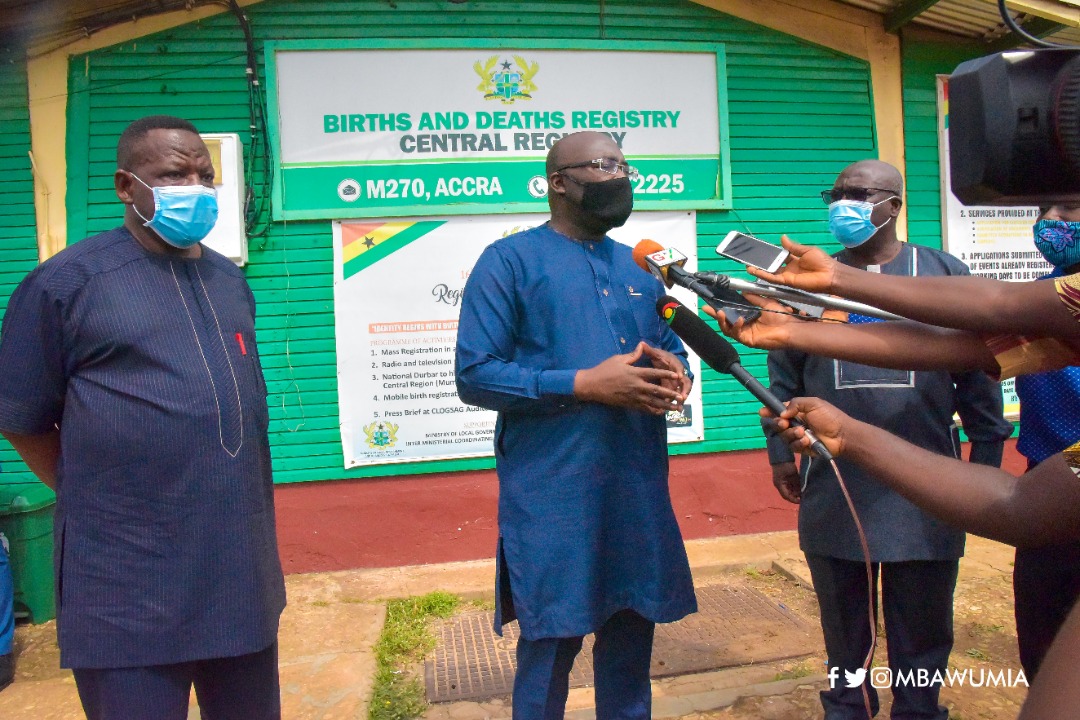 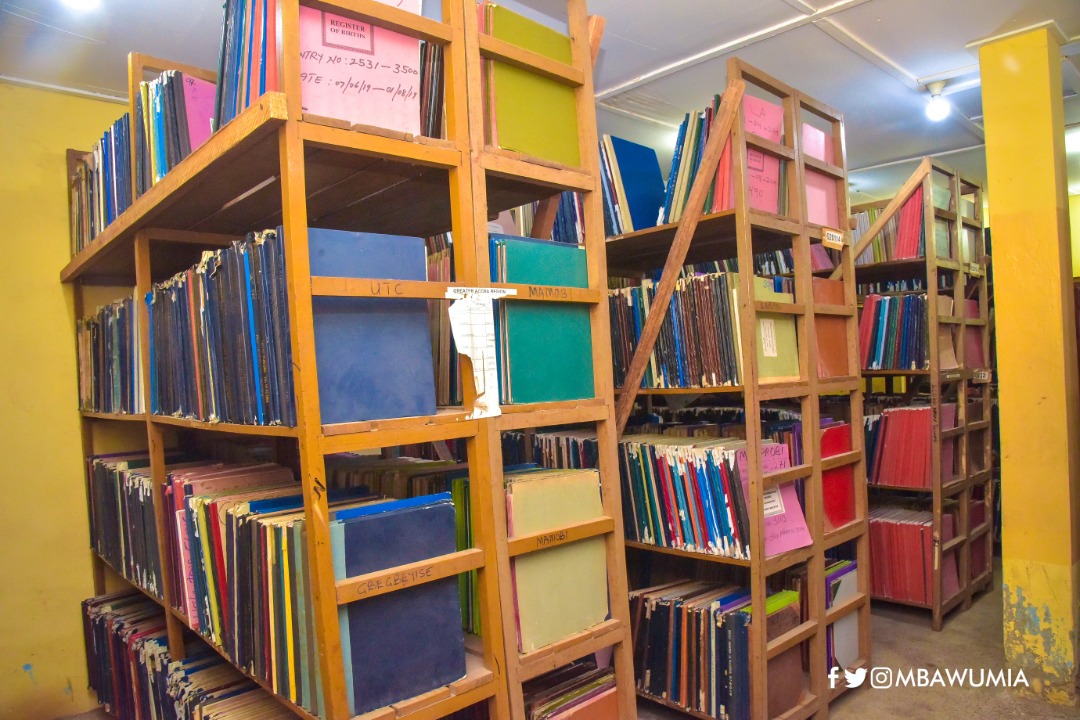 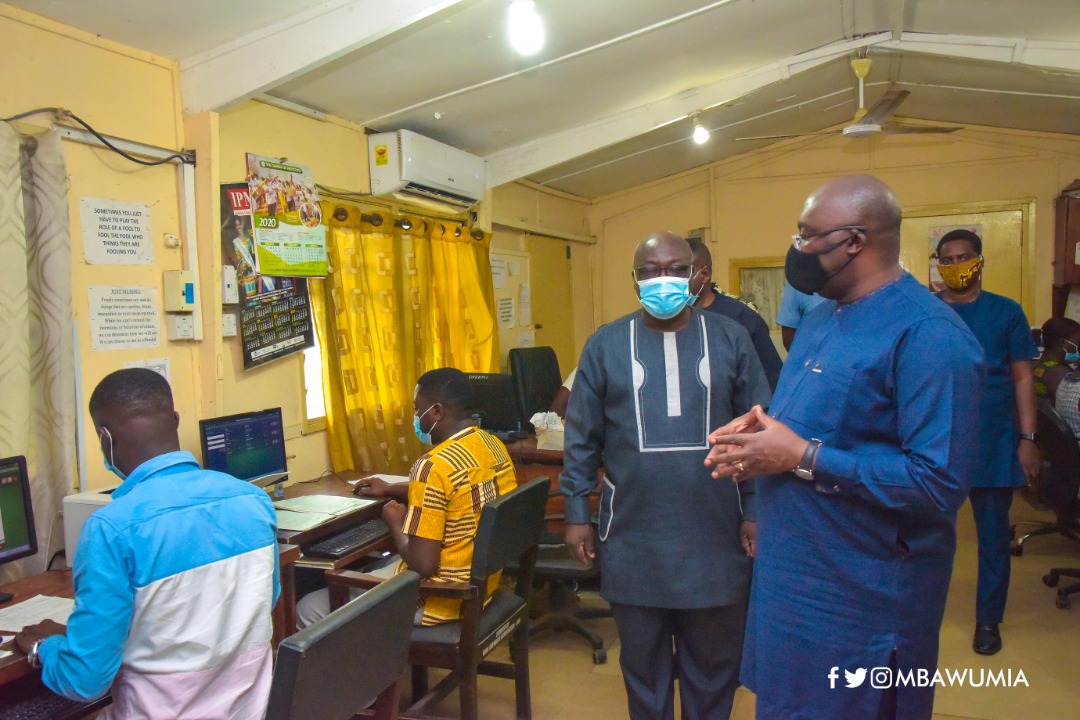 Vice President Bawumia made the disclosure when he paid a surprise visit to the head office of the Births and Deaths Registry in Accra on Thursday, June 25, 2020. 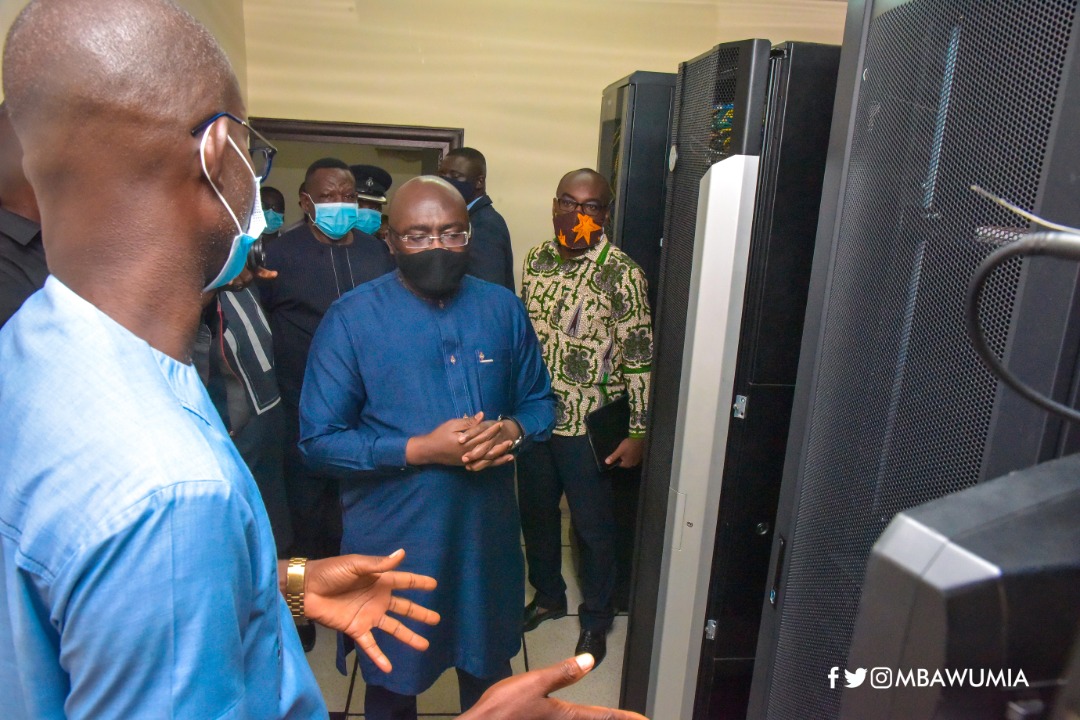 While efforts by the Registry, including public education and awareness creation, and boosting the capacity of the registry, had yielded an increase in birth registration coverage from 17% in 2001 to an all-time high level of 80% as at the end of 2019, this achievement is, however, still below the UN standard of 90% coverage.

Vice President Bawumia expressed delight at the rapid pace of work on the digitisation of the paper records of the Registry, which would allow for the integration of its database with other state agencies, further streamlining service delivery. 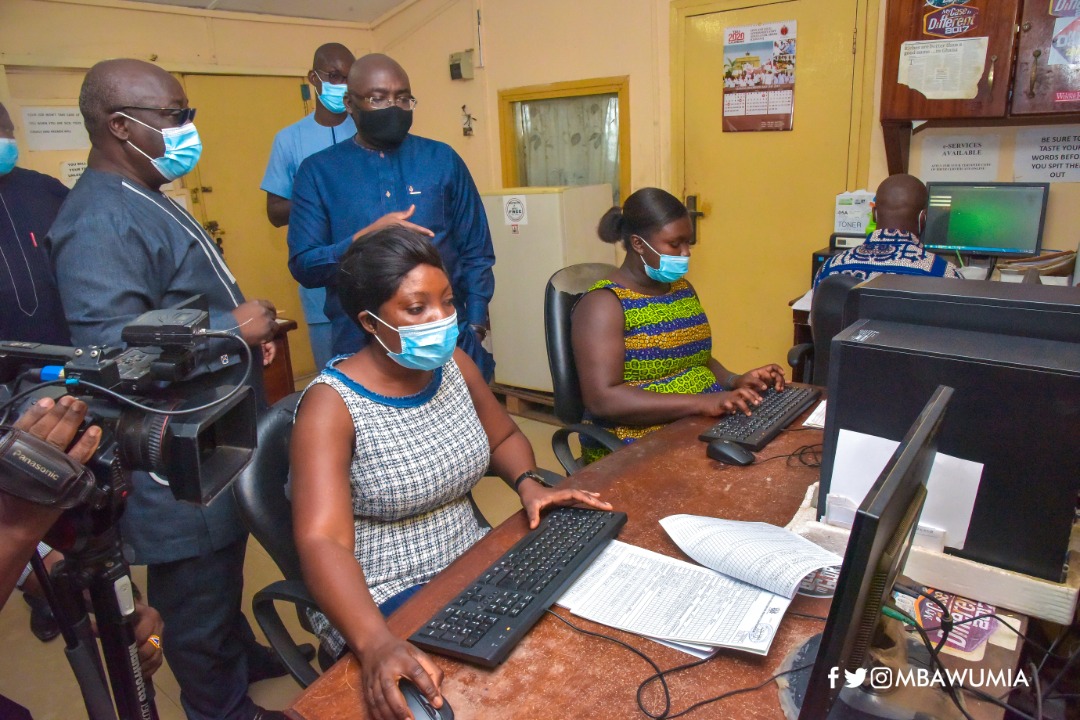 “I am happy to learn that thus far 80% of the paper records have been digitised and we should see the process completed by the end of this year or latest early next year. When completed, the database of the births and deaths registry will be integrated with that of the National Identification Authority (NIA) for the issuance of a single NIA number for everyone from birth to death.

“It is expected that this database will also be integrated into other agencies such as SSNIT and NHIA as part of ongoing efforts by the Akufo-Addo government to make the provision of public services easier,” he added. 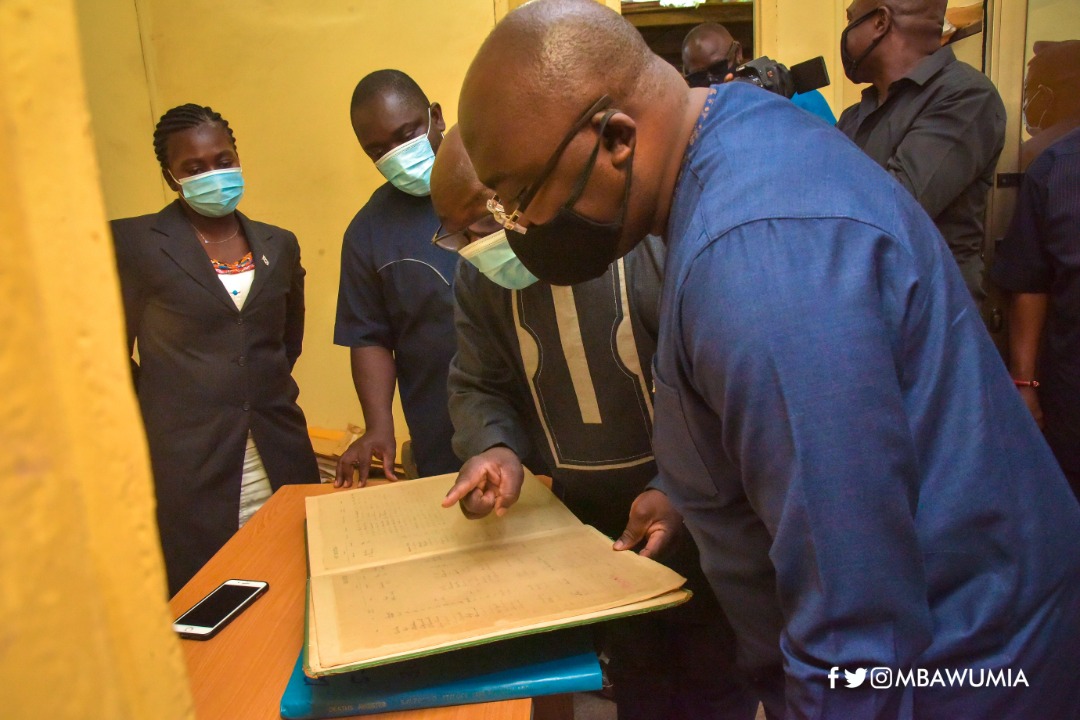 The current administrative, institutional, and operational architecture for the registration of births and deaths in Ghana under the 1965 law (Act 301) has become obsolete, according to experts.

Among other defects, it fails to provide for the registration of surrogate births; notification of births and deaths by supervising professionals such as nurses and traditional birth attendants; and the use of electronic technology for the capture, transmission, and storage of births and deaths data.

Additionally, the weak integration of the births and deaths registry with the data and statistics departments of other government agencies, including health facilities and MMDAs are identified limitations with Act 301. 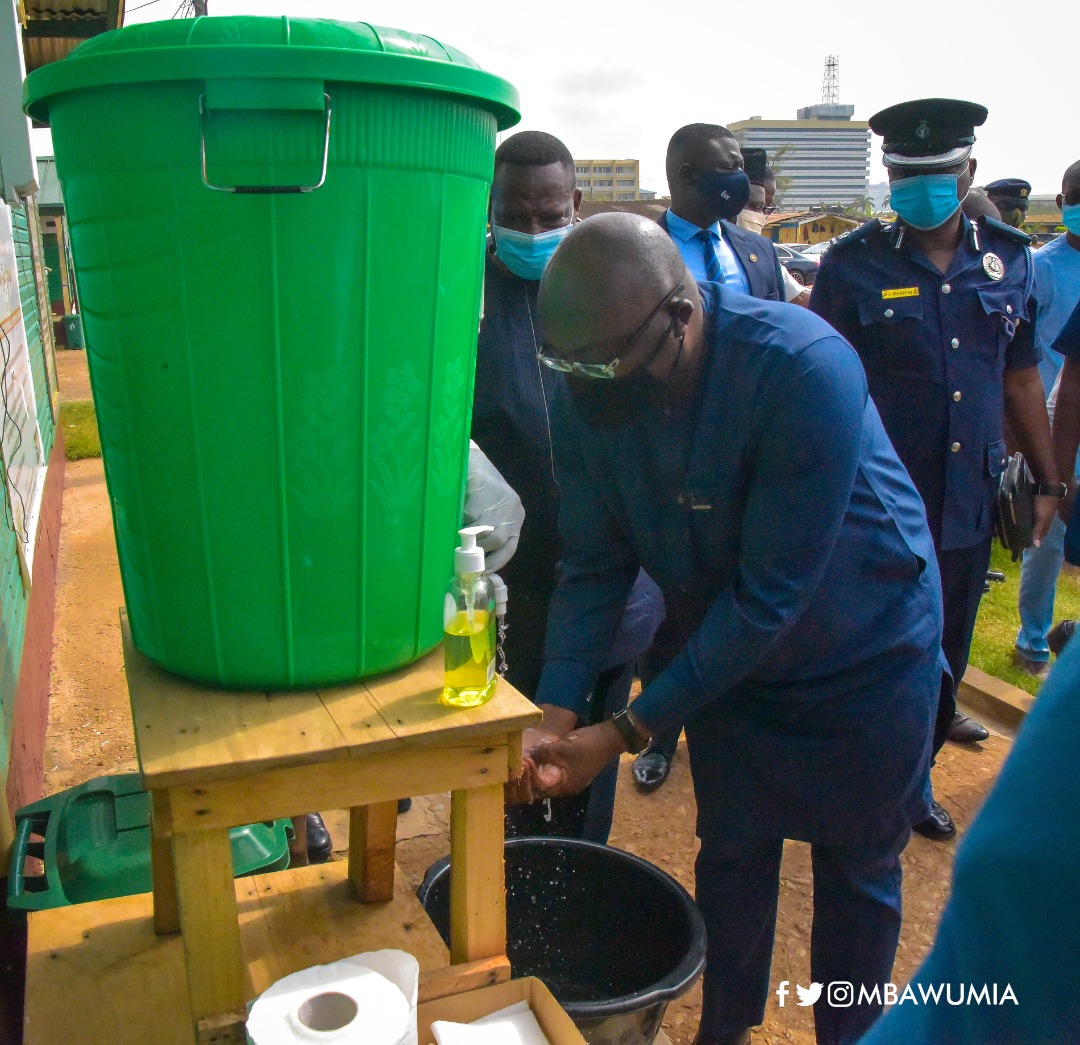 The shortfall has created service delivery deficit; insufficient data on births and deaths in the country; and ultimately a lack of meaningful demographic analysis for the nation, which affects planning.

Rev Asare Addo, Principal Assistant Registrar, who showed the Vice President around the processes and records of the Registry, including the 1912 register which contains now Ghana’s first attempt at recording births, indicated that efforts were underway to ensure the establishment of a birth and deaths registry in every Government hospital, as well as every district in the country.

Several engagements had also taken place between the technical staff of the NIA and the Registry to work out a smooth integration of records, he disclosed.

First youth sports competition to be held by Africa1Media