Election protests have descended into chaos in New York City where thousands of activists took to the streets to demand every vote be counted after President Trump falsely claimed victory amid a cliffhanger presidential race.

Crowds began mobilizing in Manhattan’s Fifth Avenue late Wednesday afternoon as part of several ‘Protect the Results’ demonstrations that kicked off in cities across the country including Philadelphia, Portland, Seattle, Detroit and Los Angeles.

Protesters marched down the iconic thoroughfare in a generally peaceful rally where they demanded a complete count of votes, while other groups convened in Washington Square Park as police officers in riot gear stood by in force.

The demonstrations however, took a violent turn by nightfall when messages in support of democracy devolved into anti-police rhetoric and members of other groups began setting fires and throwing garbage on the streets, police said.

In the West Village, police officers moved on crowds, while clashes erupted between cops and activists at a rally on Leroy Street and Seventh Avenue.

One woman involved in one of the marches was seen spitting at an officer, prompting another skirmish between activists and police, witnesses told the Wall Street Journal. 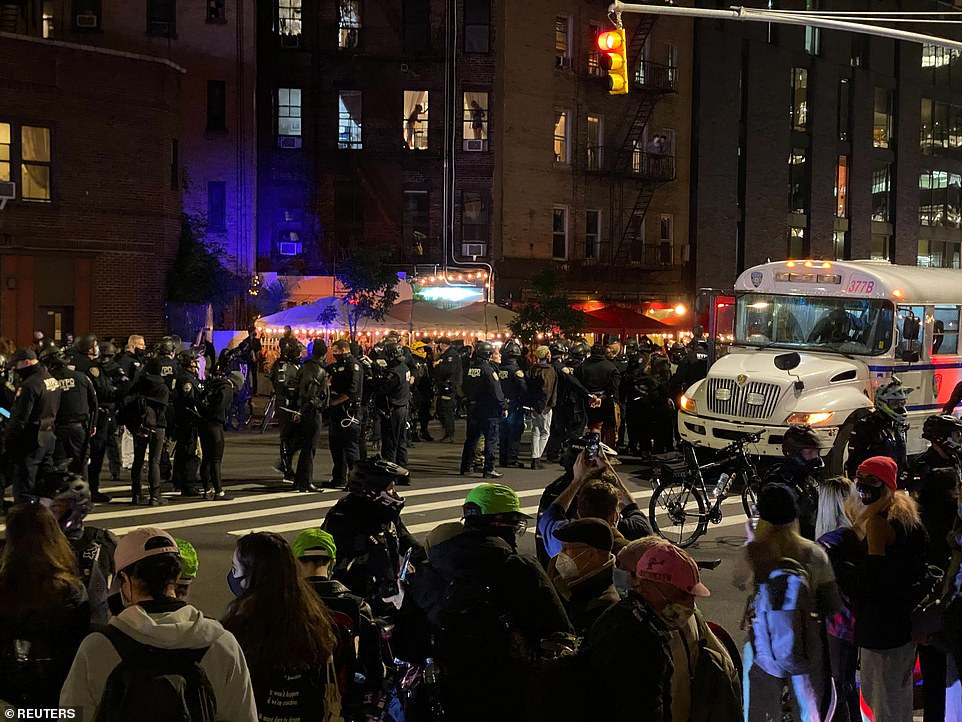 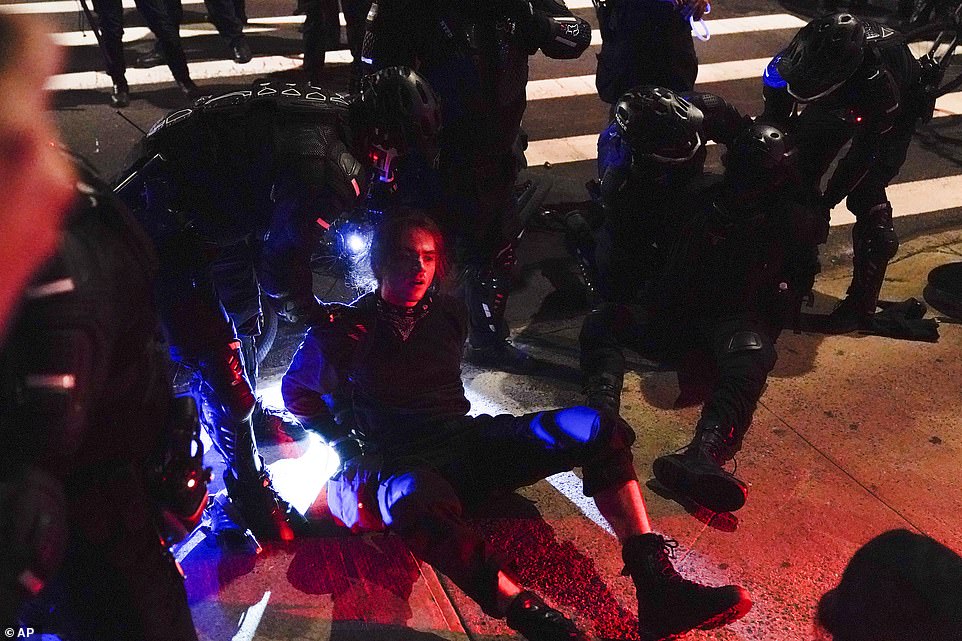 More than 20 people who had disrupted the rally had been arrested by 10pm Wednesday night, according to the NYPD.

I Don’t Understand Why Akufo-Addo Continues To Do That; Some Good Deeds Are Unwarranted – Abronye Speaks Again

I Don’t Understand Why Akufo-Addo Continues To Do That; Some Good Deeds Are Unwarranted – Abronye Speaks Again

We Can’t Change The Constitution For NDC; Assin North MP Must Face The Heat- Abronye

WR Minister calls for Autonomy for Port of Takoradi