by Extranewsgh.com
in SHOWBIZ, General
0

Adisadel College, popularly known as “ADISCO”, is an all-male Anglican boarding school located in Cape Coast, Ghana.
It is one of Ghana’s most popular and influential school with so many bragging rights and achievements to its name.

The school was established in 1910 by Nathaniel Temple Hamlyn, who was the bishop of the Church of England in Accra.

Beginning with 29 boys building at Topp Yard, near Christ Church School an area located inside the Cape Coast Castle, Adisadel college expanded to accommodate about 200 pupils by 1935.

The nickname “Adisco” is a portmanteau of “Adisadel” and “College”.

The school is named after what used to be a small village on the outskirts of the Cape Coast township – Adisadel Village.

Adisadel College was ranked 10th out of the top 100 best high schools in Africa by Africa Almanac in 2014, based on the quality of education, student engagement, strength and activities of alumni, school profile, internet and news visibility.

With over 20,000 old boys across the globe, Old Santaclausians make up a sizeable figure in the world’s workforce and most have greatly excelled with a number of them in the 1% upper class.

Here are 16 Old Santaclausians who are considered to be super-wealthy. 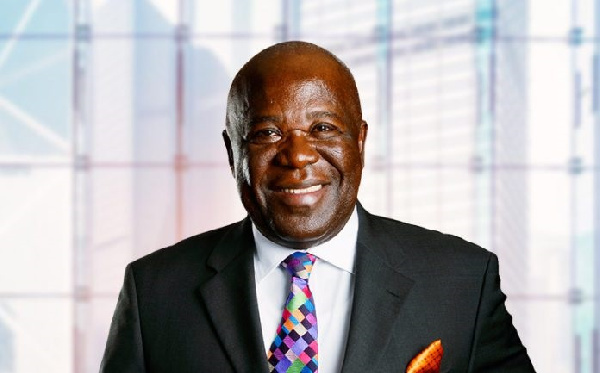 Perhaps the richest Santa and one of Ghana’s wealthiest men is none other than Sir Samuel Esson Jonah, Executive Chairman of Jonah Capital an equity firm based in South Africa; previously President of AngloGold Ashanti.

The top businessman is considered to be the third richest man in Ghana with a fortune of $1.2 billion according to a report by Peacefmonline.

He earned an Associateship in Mining Engineering at the Camborne School of Mines, Cornwall, England, and subsequently an MSc in Mine Management at the Imperial College of Science and Technology, London.

Vociferous Member of Parliament for the Assin North Constituency and Businessman, Kennedy Ohene-Agyapong follows on this list as wealthy Santaclausian.

Despite, coming for a poor farming village in Assin Dompin, the controversial legislator has risen to become one of Ghana’s wealthy and most powerful names with investments in several industries in Ghana.

Agyapong holds a GCE A Level and studied at the Fordham University, New York, USA.

According to Mr. Agyapong, he was the first Ghanaian to introduce the Visa Lottery Scheme to the country through his company and ascribed that and few other schemes as what led to his wealth.

He is also been accused of being a drug lord; an allegation he vehemently refuses.

With 128 houses and counting, a private jet, a Rolls Royce and an $80,000 bed, Honourable Agyepong is super-rich and listed amongst the top 10 wealthy people in Ghana

He is also on record as the first Ghanaian to be knighted in the 21st century when he was presented with an honorary knighthood by the Prince of Wales in 2003, for his achievements as an African businessman and a leading business executive from the Commonwealth. 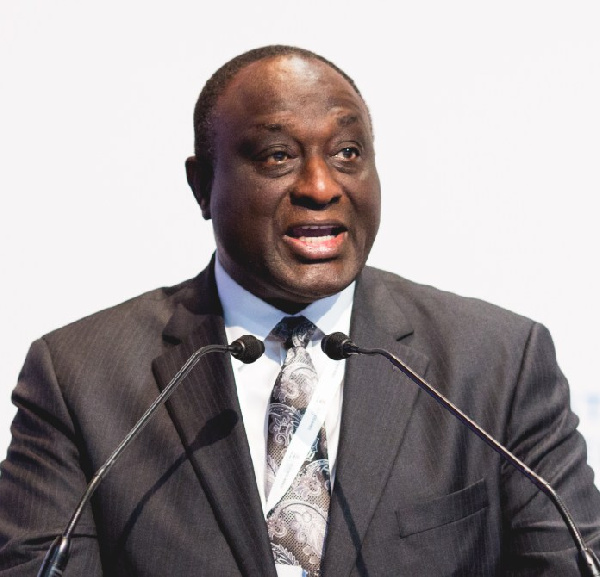 Kyeremanten was destined to attend the all-male school from birth as he was even named after an Archbishop of the Church of England, The Most Reverend Alan John Knight CMG DD who was the Headmaster of the Adisadel College in the 1930s, and a mentor to his father, A.A.Y. Kyerematen when the elder Kyerematen was a student there and later, a Head Boy in his final year.

He entered the College when he was nine years. He also has a BSC in Econs and an LLB degree from the University of Ghana. He’s several roles in both private and public enterprises including Ghana’s Ambassador to the U.S

Once asked by a journalist how he became known in the Ghanaian media as “Alan Cash,” Kyerematen said it happened because in political campaigns he stressed the importance of creating jobs and “real cash” for the people.

He raised over 2.2 million dollars in funds for his 2007 presidential bid and this probably one of the reasons he might be considered as super wealthy. 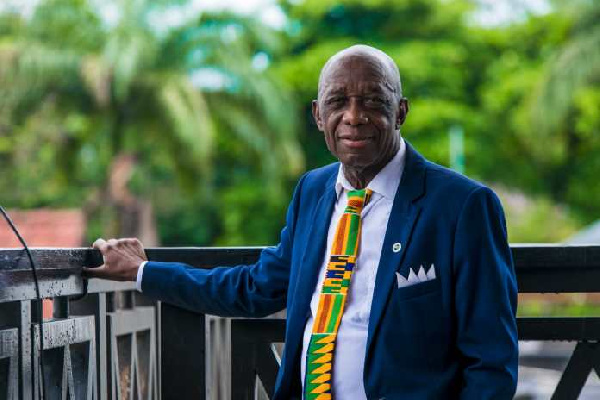 Thomas Mensah is a Ghanaian scientist whose single-handed work was most important in making fibre optic technology commercial.

He was born in Kumasi J.K. Mensah, a merchant who shipped cocoa products to chocolate manufacturers in France.

Dr Mensah has a degree in chemical engineering from KNUST and a PhD in Chemical Engineering from Montpelier University. He is also famed for his groundbreaking work in nanotechnology and other fields of science.

Dr. Mensah as part of Silicon Valley project will create a number of projects such as high-speed train systems, Aircraft maintenance facility, underground drainage systems to check the problem of flooding and other forthcoming projects to lead Ghana’s industrialisation.

Chief Executive Officer of Ernest Chemists Limited, Ernest Bediako Sampong who is also an old boy is listed as the 41st wealthiest Ghanaian.

He is estimated to be worth a whopping $276 million which is mostly from his Pharmaceutical empire which he started in 1986 as a single shop.

Ernest Chemists represents a number of global pharmaceutical names and operates an extensive network of distribution channels throughout West Africa.

He donated a number of computers and a vehicle to Adisadel College during the school’s 110 Anniversary. 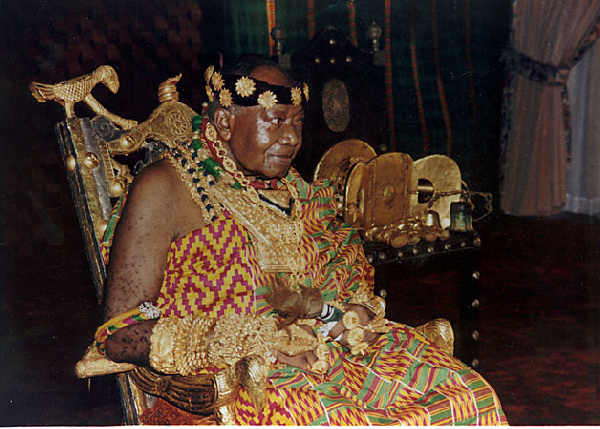 Otumfuo Opoku Ware II who died in 1999 was the 15th Asantehene and one of wealthy men of his time owing to the fact that the Asante Kingdom is one of the wealthiest in the world.

Born, Jacob Matthew Poku, the king attended Adisadel College where a student’s dormitory was originally built by the Asante State to house heirs like himself who were students of the school.

The “White House” currently serves as the official residence of the Head Prefect and the Chapel Prefect.

He later studied in the UK and became a Barrister of Law prior to ascending the throne. 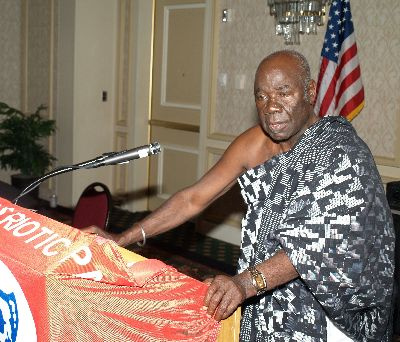 Ghanaian lawyer, politician, and businessman, Lawyer Akenten Appiah-Menka was one of the wealthiest men in Ghana during his time. He was the deputy minister for trade and industry and later deputy attorney general in the second republic.

The company produced edible oil and grew in leaps and bounds to become the Appiah Menka Complex Ltd that manufactured Appino soap; a popular detergent soap of the 1980s and crocodile pale.

According to Daily Graphic, in his usual fiery June 4 anniversary speech in 1993, President Rawlings attacked Mr Appiah-Menka, urging Ghanaians not to patronise his soap because he used the proceeds to finance the opposition party 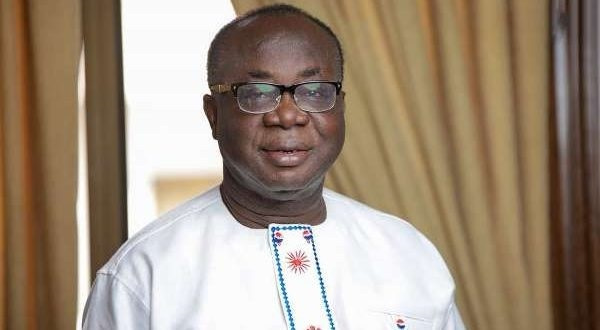 Popularly known as Freddie Blay, the current NPP Chairman is a Ghanaian lawyer and politician.

He was a Member of Parliament in Ghana and served as the First Deputy Speaker in the Fourth Parliament of Ghana.

The Blay Family consisting of Chairman Blay, his wife, Ambassador Gina Blay and Kwame Blay – are the shareowners of Western Publications Limited, publishers of the Daily Guide newspaper.

The Daily Guide newspaper is the highest selling private newspaper in Ghana with an audience share of 18.9% equaling a total readership of 1,191,000.

He is the highest shareholder with 66% of the shares in Western Group. 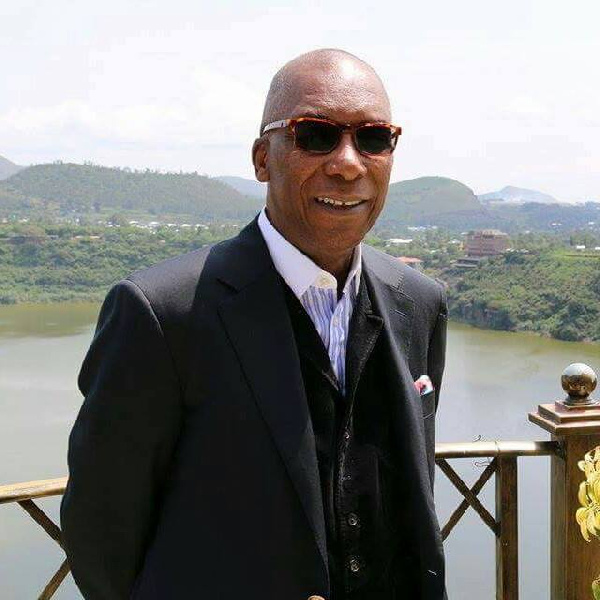 Ofosu-Amaah was Vice President and Corporate Secretary of the World Bank Group from 2003 to 2007.

He also served as Special Advisor to the President of the African Development Bank, 2008 to 2015. 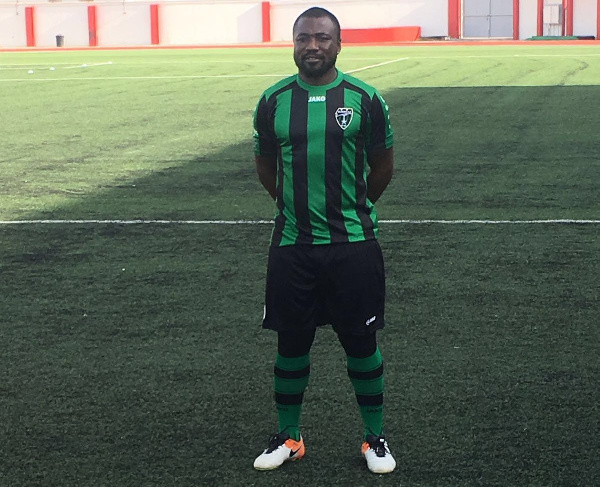 Ibrahim Ayew or Rahim Ayew, is a Ghanaian footballer who plays for Europa of Gibraltar as a defensive midfielder. He is the son of Ghanaian football maestro, Abedi Ayew Pele and played in the Adisadel school team during his time as a student. 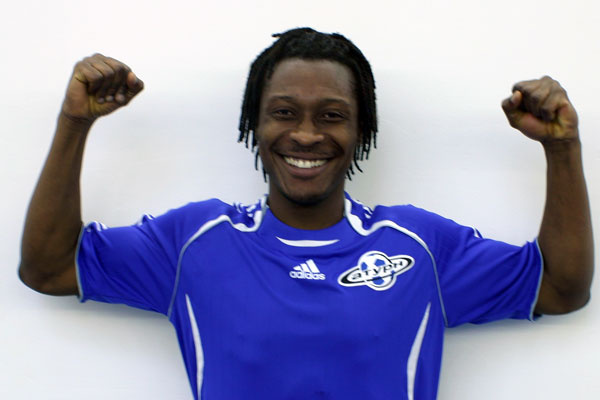 Mr Baffour Gyan is a former Ghanaian footballer who played for the national team.

During his active days, he played for Dynamo Moscow, FC Saturn and Czech side, Slovan Liberec.

After playing football in Europe for twelve years, he returned on 28 September 2009 back to his homeland Ghana and signed a three years contract with Asante Kotoko.

A wealthy man in his own rights, Baffour is the elder brother of Ghana’s richest footballer and Black Stars,Captain, Asamoah Gyan. 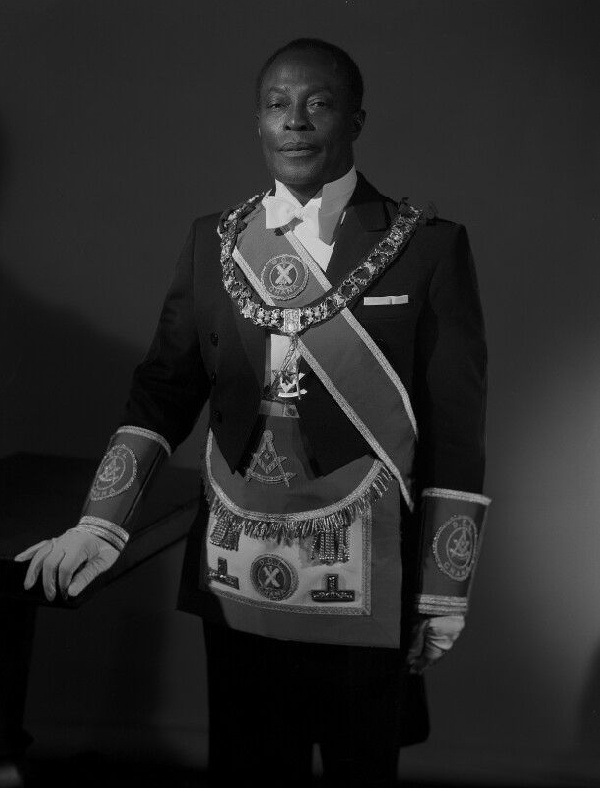 Sir Edward Okyere Asafu-Adjaye who died in 1976 the history book as a Ghanaian political figure, lawyer and diplomat. He was the first Ashanti lawyer and Ghana’s first High Commissioner in Britain with accreditation to France concurrently.

He, together with Dr J.B. Danquah, played a prominent role in achieving the joint Ashanti Colony Collaboration which resulted in the 1946 Burns Constitution.

He was appointed as a member of the legislative council in 1946 and in 1951, was nominated as a representative for Asanteman.

That same year he also served on the first cabinet of Dr.Kwame Nkrumah’s 1951 CPP government. In 1954 he was appointed the Minister of Trade and Labour.

His law firm, Adonten Chambers is one of Ghana’s oldest and most prestigious firm in the country.

Bernard Jao Da Rocha was a founding member and the First National Chairman of the governing New Patriotic Party.

He was also the first Ghanaian Director of the Ghana School of Law when it was opened in 1958.

He was known as a fierce intellect, brilliant legal scholar and formidable speaker who made the case for democracy in Ghana. 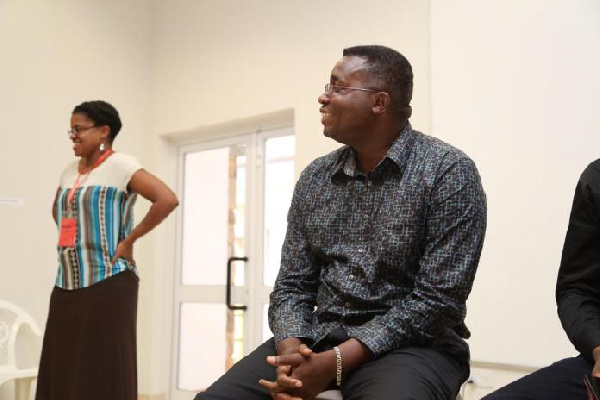 He has a Bachelors ,Masters and PHD in Engineering from KNUST and Rutgers University respectively.

His pioneering work in systems engineering has been published worldwide; he has a number of publications, several NASA and external awards and recognitions to his credit. Kludze will be involved in several space initiatives including the implementation of the U.S. President’s Space Exploration Vision to the Moon, Mars, and beyond. 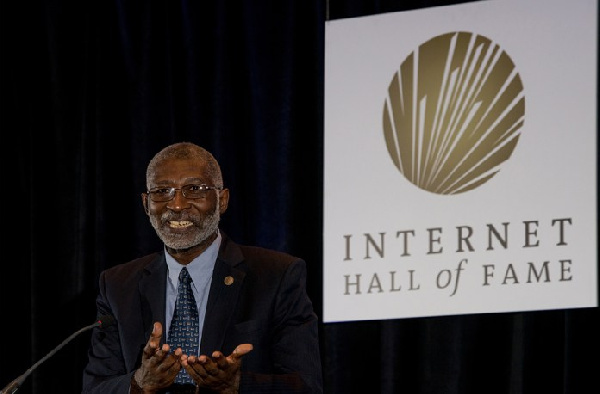 Nii Narku Quaynor is a scientist and engineer who has played an important role in the introduction and development of the Internet throughout Africa. He is sometimes called the “Father of the Internet”

Quaynor is the Chairman of the Ghanaian company Network Computer Systems, a member of the United Nations Secretary-General Advisory Group on ICT, member of the ITU Telecom Board, Chair and of the OAU Internet Task Force, President of the Internet Society of Ghana, and member of the Worldbank Infodev TAP. 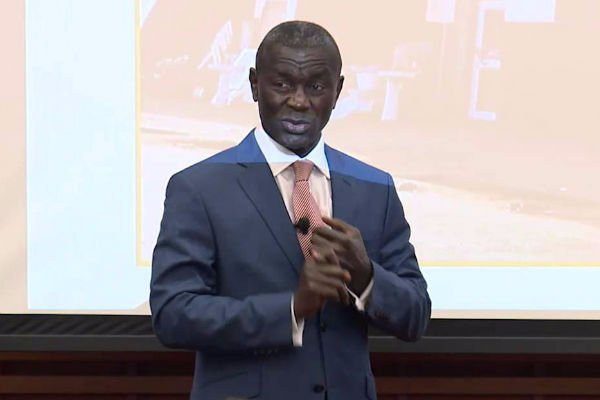 UT Bank’s Prince Kofi Amoabeng is a Ghanaian businessman and a former military officer of the Ghanaian Armed Forces. He is an old boy of Adisadel College.

He was a co-founder of the now-defunct UT Bank which was absorbed into the GCB Bank in 2017 during Ghana’s banking crisis.

Despite rumours of being bankrupt, Amoabeng still holds a sizeable fortune

He is currently subject to ongoing court battles regarding these allegations following his arrest on 14 January 2020 and released on bail of 110 million cedis.

According to him, the charges are politically induced and was a victim of witch-hunting. 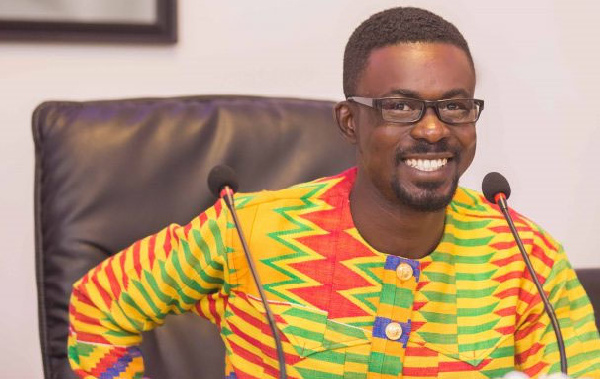 Another Adisco millionaire who is having financial issues with the Government of Ghana is the young C.E.O. of Menzgold, Nana Appiah Mensah.

Popularly known as NAM1, he runs a gold dealership and investment firm which has been called a Ponzi Scheme.

He is also the boss at Zylon Media which houses the Zylofon TV station, Record Label, Movie Production, and FM Station.

Ghanaian musicians including Shatta Wale, Stonebwoy, Becca, Joyce Blessing, Kumi Guitar, and movie stars such as Benedicta Gafah, Too sweet Annan were all signed unto the label

Kuami Eugene reveals when he will retire from music industry [Video]

Mark Okraku-Mantey replies Shatta Wale, others who disagree with his Deputy Ministerial appointment