by Chris
in SHOWBIZ
0

Bishop Bernard Nyarko, during one of his movies.

Bishop Nyarko passed on at the Greater Accra Regional (Ridge) Hospital in Accra on Saturday, May 2, 2020. Information gathered indicates that the Bishop had been battling colon cancer for some time now.

Below Are Some Facts About The Kumawood Actor

1. Parents: Bishop Bernard Bernard was born to parents who are both from the Eastern region. While his father, a retired police officer, is an Akuapem from Obosomase, his mother, a former employee of PWD hails from Koforidua.

3. Education: Born at Agona Swedru in the Central region, the late actor started his basic education there at Salvation Army. But due to constant transfers of his parents, he had to continue at Kumawu and later Asem Boys in Kumasi where he wrote and passed his common entrance. After passing his common entrance, he went back to Kumawu to complete secondary school form one to five at Tweneboa Kodua. He then came to OKESS in Kumasi to complete his sixth form.

4. Athlete: While in secondary school, Bishop Nayrko was into athletics and according to him, he was the best hurdle runner in his time and even set a record at the Interco with OKESS.

5. Work with pastors: Bishop Bernard Nyarko once revealed that he took up the word of God and had working relationships with a lot of pastors. During these times, he either worked for the pastors as an interpreter, singer, among other roles.

6. Sojourn in the UK: After his time working with the pastors, Bishop Nyarko traveled to the United Kingdom where he lived for about one and a half years. But returned to Ghana because he did not like his working conditions there.

7. Fallout with his mother: Upon his return to Ghana, he was living in his mother’s house in Kumasi but due to machinations of a cousin he brought to the house, his mother fell out with him and sent him packing.

8. Hard times: After the fallout with his mother, life became so difficult and unbearable that he once thought of taking his own life. He was at the point of begging food to eat and even had to eat gari soakings with salt instead of sugar. According to him, he was even in the process of committing the act when a Kojo Antwi song, Sunkwa, which was being played on radio drew him back to his senses. 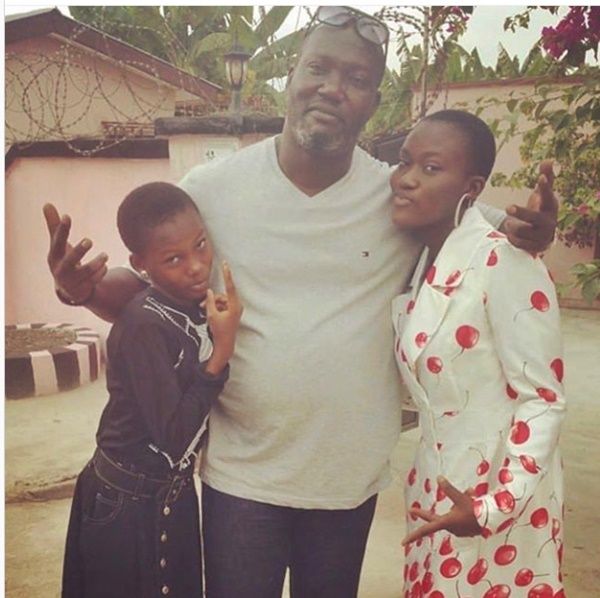 9. Marriage: According to Bernard Nyarko because of the hardship he faced, his wife at the time left the marriage and took away their kids. From what we gather, he had re-married long before his demise.

10. Children: Bishop Bernard Nyarko had three children. A boy, who is the eldest, and two girls. As of 2018, the boy was a final year student at the Sunyani Technical University, the second born was a nursing student, while the last was in secondary school.

11. Acting career: For Bishop, acting happened by providence as he categorically stated that he had never looked in that direction. According to him, his first stint started when some people came to ask for their house to use to shoot a movie. During their time in the house, they needed somebody to act the role of a family head and the director persuaded him to do it. After this, the director told him a star was born but he did not take it seriously until it got to a time that he had to resort to acting to make ends meet. After being made to play the roles of bodyguards and other rowdy characters, he got his breakthrough and has become a household name since. He featured in loads of movies alongside the likes of Nana Ama McBrown, Lil Win, Mercy Asiedu, Christian Awuni, Agya Koo, Akrobeto, among others.

12. Pastor or not: Due to his dexterity with the Bible in his many movie roles, Bernard Nyarko had often been thought to be a pastor. But according to him, he was never ordained as one but he prepossessed the gift of preaching and could do many of the things pastors did. He once hinted that hew ould eventually leave acting and go into full-time ministry and he did before his demise.